'Let me smile now,' Sreejesh tweets on his Olympic victory 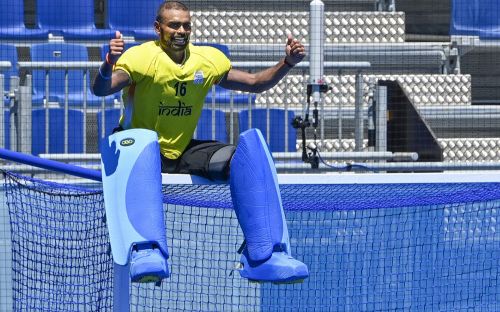 India has made history after defeating Germany in Men's hockey on Thursday as they claim the bronze medal in hockey after a period of 49 years. Sreejesh who played a signifaicant role in India's triumph in Tokyo made some fantastic saves in front of goal. Sreejesh also became the second Keralite after Manuel Fredericks to clinch an Olympic medal.

Sharing his joy with all, he posted a tweet with a caption that read, " Let me smile" and two images of him from the game.

Overwhelmed by emotion after leading India to its first Olympic hockey medal in 41 years, skipper Manpreet Singh also dedicated the historic triumph to the country's doctors and health-care workers, who have worked tirelessly to save lives during the COVID-19 pandemic.