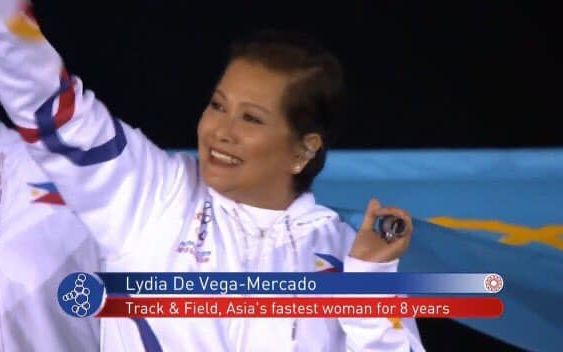 Who was PT Usha's fiercest opponent on the tracks during her time? Well, there is only one obvious answer to that question -- Lydia De Vega. India's beloved athlete PT Usha held a healthy rivalry with Lydia De Vega, who represented Philipines and was once the fastest woman athlete in Asia.

On Tuesday night, Usha received a WhatsApp message from an unknown number from Philipines. It informed that Lydia De Vega has passed away.

"I learned about her illness while trying to confirm the authenticity of the message. I never expected her death. We were good friends despite having a fierce competition on the tracks," PT Usha said.

Usha first met Lydia during the 1982 Asian Games held in Delhi. Even though Lydia came out victorious, Usha came strong a year later in Asian Championship held in Lydia's own country to bag five gold medals. Usha never lost to Lydia in 200-metre competitions but faced a fierce battle in Lydia's favourite 100 metres.

Usha dominated in the 1986 Seoul Asian Games but lost against Lydia in the 100 metres. In the 1986 Asian Games, Lydia beat Usha by a margin of 0.3 seconds in 200 metres. The battle between the two for the top prize raged for a few more years.

"Lydia's coach was her father Tatang de Vega. He was with her everywhere she went to compete. I was to compete in six events at the 1985 Asian Athletics Meet held in Jakarta. I was in good form in 100m. However, he told OM Nambiar sir (PT Usha's coach) that an athlete was allowed to compete in only three events there," recalled Usha.

It was a piece of wrong information aimed to stop Usha from competing in 100m. But in response, Nambiar said Usha would compete in the first three events. Lydia's father was shocked by his reply. Following this, Usha was forced to take a series of drug tests. Usha won five gold medals in that competition. However, Usha never held grudges toward Lydia and had a good friendship with her.

The following year, Lydia's father gifted Usha with a necklace after she won four gold medals at the 1986 Asian Games in Seoul. The gift later find a place near an idol in Usha's pooja room.