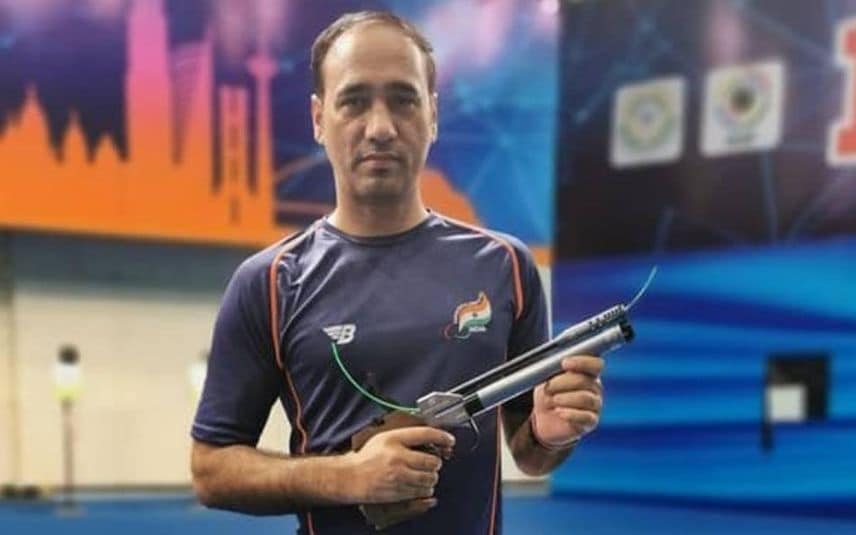 Mumbai: With the country in an extended nationwide lockdown due to the Covid-19 pandemic, para shooter Singhraj was losing sleep as his preparations for Tokyo 2020 Paralympic Games were getting disrupted.

With no shooting range nearby, Singhraj and national shooting coach Subhash Rana decided to build one from scratch so that Singhraj could continue his training for the Paralympics.

That decision to invest Rs 10 lakh to prepare a 10m range and a 50m one in association with coach Rana paid a rich dividend as Singhraj on Tuesday claimed a bronze medal in the P1 Men's 10m Air Pistol SH1 at the Paralympic Games in Tokyo.

"Initially, my family was not very happy that I was going to invest so much in building my own range. But I was adamant and insisted and they relented. I believe that decision proved right today as I won a bronze medal," said Singhraj, who took up shooting only in 2017 and participated in his first international event the next year itself.

"I am very happy about winning the bronze medal. Though like everyone I would have loved it to be gold," said Singhraj during an online interaction organized by the Paralympic Committee of India (PCI).

Singhraj had qualified in sixth place in the 10m air pistol and was worried about a few things during the break between the qualifying round and final.

"My coach told me to meditate for some time and I did just that during the break. I was always told not to worry about the shot that has already been fired but to think about the next one and I did just that. Yes, my performance in the qualifying round was not as I expected but we decided to take some points from it and made a fresh start in the final," said Singhraj.

The 39-year-old from Faridabad in Haryana had taken up shooting by chance at the age of 35 while accompanying his nephew to the range. As he was smiling while the coach was explaining something to his wards, the coach asked Singhraj to try it if he thought shooting was so easy.

"I took five shots and hit four Xs and one 10 and the coach was really impressed. He advised me to continue with shooting and I also liked it and continued," said Singaraja.

That decision proved correct as he achieved success instantly, winning medals at the national and international levels. The bronze medal at the Paralympic Games has just taken the bar higher for Singhraj.