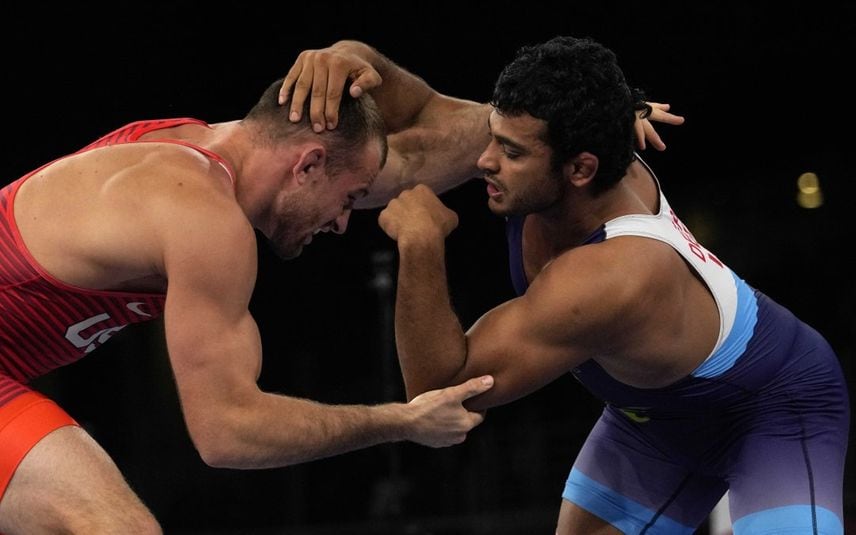 Chiba (Japan): Indian wrestler Deepak Punia will fight for bronze medal after he was outclassed by formidable American David Morris Taylor in the 86kg semifinals of the Olympic Games here on Wednesday.

It was always going to be a herculean task for Deepak to trouble the American, the 2018 world champion and the reigning Pan-American champion.

It was hardly a contest as Taylor effected one move after another to win by technical superiority in the first period itself.

Deepak could make only one move on counter attack but the American did not give the Indian any chance to convert that into points.

The 22-year-old Deepak had earlier made the most of an easy draw by getting past Nigeria's Ekerekeme Agiomor, the African championship bronze medallist by technical superiority and then prevailed 6-3 over China's Zushen Lin in the quarterfinal.