'Sreejesh deserves all the credit; he is pride of Kerala,' says Olympian Sebastian Xavier 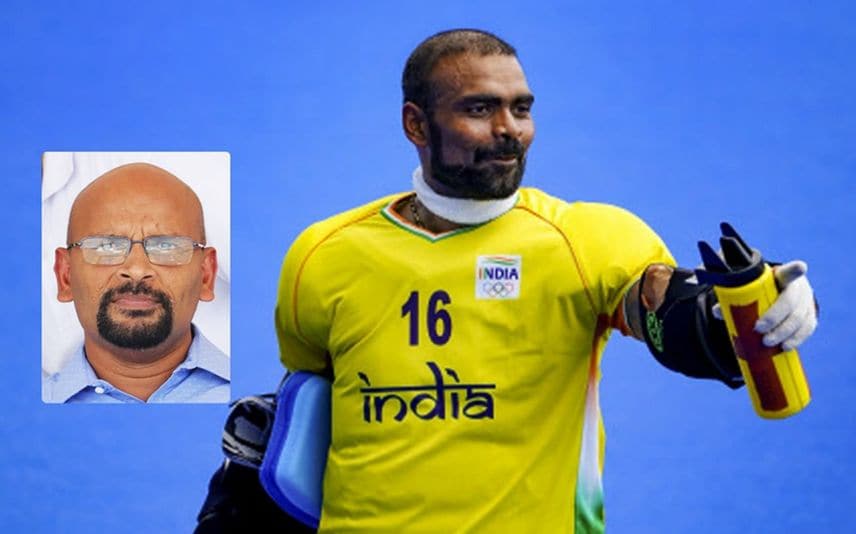 Tokyo: It was an historic moment for India in Olympic hockey as the country won a medal after a gap of 41 years. India defeated Germany 5-4 to clinch the bronze in Tokyo. What stood out was the relentless pressure the team had to shoulder in the last 4 decades, as each Olympics brought with it a lot of expectations only to see disappointment in the end. However at the Tokyo 2020 Games, India managed to do what had seemed the unthinkable to add a new chapter in its glittering hockey history.

India owed much for this achievement to the Malayalee goalkeeper Sreejesh Parattu Raveendran, who kept his cool as he pulled off a series of saves in the dying moments of the historic match against Germany. The 33-year old, already a legend in Indian hockey for his outstanding showings in the goal for well over a decade, has finally been rewarded with an Olympic medal to lend glitter to his illustrious international career.

“Sreejesh deserves all the credit. He was splendid in this Olympics. The number of saves he made in the Olympics is astonishing. I congratulate him for the success,” Olympian Sebastian Xavier said to Mathrubhumi.com.

He also stated that it was an absolute honour to witness a Kerala Athlete standing on the Olympic podium to receive a medal.

Meanwhile, Sreejesh also became the first Malayalee athlete in 49 years to win an Olympic medal. Earlier, Kannur native Manuel Frederick, who too was India goalkeeper, was recipient of a bronze medal in hockey at the 1972 Munich Olympics.

As an official of the Western Railway, Sebastian Xavier also discussed the two Western Railway representatives Nilakanta Sharma and Amit Rohidas in the bronze-winning team. “Initially there were 3 players in Indian Hockey Camp. However one was injured before the Olympics, and only the other two were selected to represent India. They joined the Western Railway in 2009 and since then the Railways have been providing them all support. Now it feels so proud to see them being a part of glorious history,” he said.

He also added that the Indian railway will be looking at their achievement with pride and an order for benefits like promotion would likely follow.

Sreejesh, who has been playing for the Indian team since 2006, has earned this medal as a result of his hard work and perseverance.