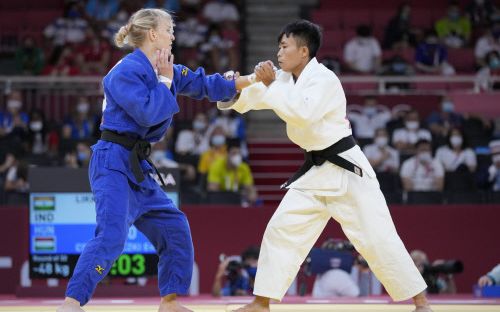 Csernoviczki pinned Sushila Devi down for 20 seconds and got the Ippon in 2:40.

The Hungarian ranked 24 in the world while Sushila Devi is ranked 46.

This was the second blow for the Indian contingent on Saturday after both Elavenil Valarivan and Apurvi Chandela failed to qualify for the medal round after finishing 16th and 36th respectively in the women's 10m air rifle qualification.

The World Number one Elavenil amassed 626.5 points at an average of 10.442 after shooting 60 shots on the target while Chandela gathered 621.9 in the qualifications, which in the end was just not good enough to make it to the 8-player final. (ANI)

CWG 2022: Indian Boxer Hussamuddin advances to next round in 54kg round

I am very disappointed and angry that I lost the gold medal: Sanket Sargar