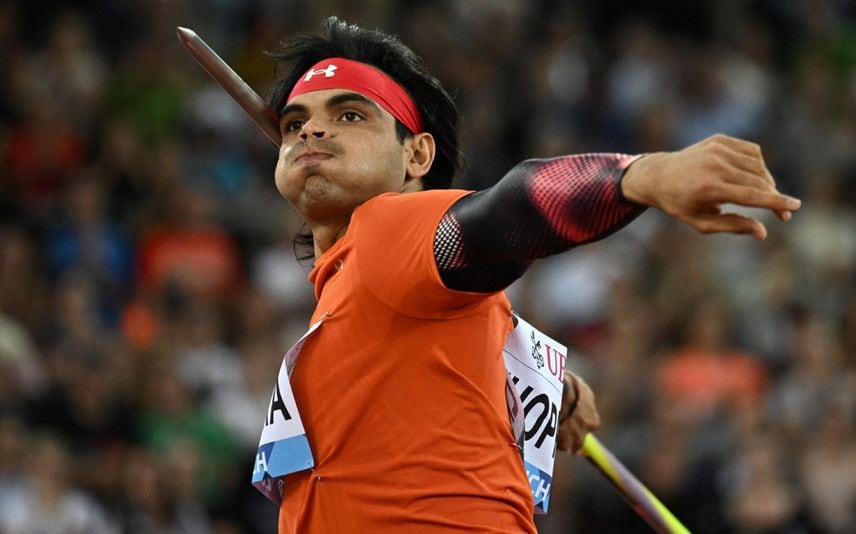 Olympic silver medallist Jakub Vadlejch of Czech Republic finished second with a best throw of 86.94m which he registered in his fourth attempt. Julian Weber of Germany was third with a best of 83.73m.

The 24-year-old Indian superstar is now the Olympic champion, World Championships silver medallist and Diamond League champion. All these he had achieved in just 13 months. He had won the Olympic gold on August 7 last year in Tokyo.

He has produced 88m-plus throw six times this season which showed his consistency. He holds the national record of 89.94m, which he achieved this season.

Chopra also ended his international season with a history-scripting performance. The Diamond League Finals can be considered as the most prestigious competition outside of Olympics and World Championships.

It was Chopra's third appearance in the Diamond League Finals. He had finished seventh and fourth respectively in 2017 and 2018.

Chopra was also awarded a Diamond Trophy, USD 30,000 prize money and a wild card for the 2023 World Athletics Championships in Budapest, Hungary.

He, however, has already qualified for the World Championships as his Lausanne-leg winning throw breached the 85.20m qualifying mark.

The Diamond League encompasses 32 Diamond Disciplines, following a championship style model. Athletes earn points at the 13-series meet to qualify for the final of their respective disciplines.

Chopra had made a spectacular return from a one-month injury lay-off by winning the Lausanne-leg of the Diamond League series on August 26 and qualifying for the Finals here.

He had become the first Indian to clinch a Diamond League meet title in Lausanne with his third career-best throw of 89.08m.

He had missed the Birmingham Commonwealth Games (July 28 to August 8) due to a minor groin injury he had suffered during his silver-winning performance in the World Championships in USA in July.

The six-man field in Zurich was without world champion Anderson Peters of Grenada, who is recovering from injuries after he was assaulted inside a boat in his country last month.

With Thursday's win, Chopra has beaten the 31-year-old Vadlejch for the fifth time since winning gold in Tokyo Olympic Games in August last year.

While Chopra won silver in World Championships in Eugene, Vadlejch clinched a bronze before the pair again clashed in Lausanne on August 26. PTI