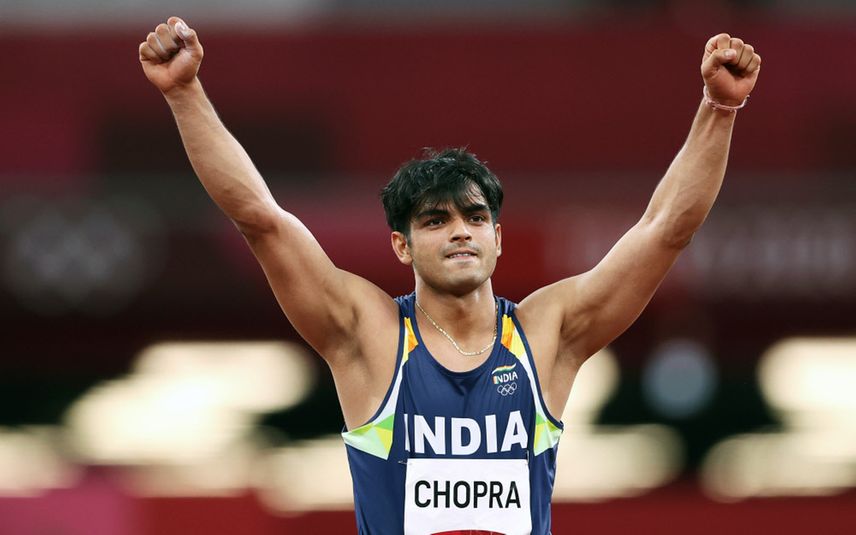 New Delhi; Star javelin thrower Neeraj Chopra's historic gold-winning feat in the Olympics was listed as one of the 10 magical moments of track and field in the Tokyo Games by World Athletics.

The 23-year-Chopra clinched the country's maiden Olympic medal in athletics with a best throw of 87.58m on Saturday to become only the second Indian to win an individual yellow metal in the Games.

"Most keen followers of the sport had heard of Neeraj Chopra before the Olympic Games. But after winning the javelin in Tokyo, and in the process becoming India's first athletics gold medallist in Olympic history, Chopra's profile sky-rocketed," the global governing body said on its website.

WA noted that the 23-year-old Chopra had 143,000 followers before the Olympics, but now has a staggering 3.2million (on Instagram), making him the most followed track and field athlete in the world.

In a tweet posted after winning the gold in Tokyo, Chopra has said, "Still processing this feeling. To all of India and beyond, thank you so much for your support and blessings that have helped me reach this stage. This moment will live with me forever.”

Gymnastics legend Nadia Comaneci was one of those former international stars who congratulated Chopra on Twitter.