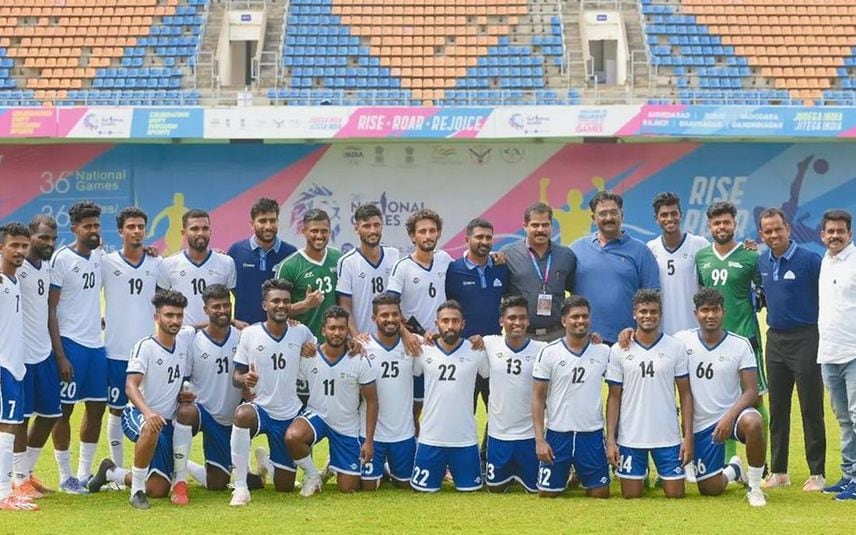 Ahmedabad: Kerala stormed into the semi-final of the men's football tournament in the 36th edition of the National Games on Tuesday. Kerala team defeated Services 3-1 in the group stage matches.

Kerala went ahead through goals from Vighnesh in the 51st and 64th minutes of the games. In the second half, Ajeesh scored a goal in the 78th minute to seal the victory for Kerala in the tournament.

Kerala will next face Manipur in the last match in the group stage on Thursday. Earlier, Kerala also beat Odisha in their opening match in the tournament.