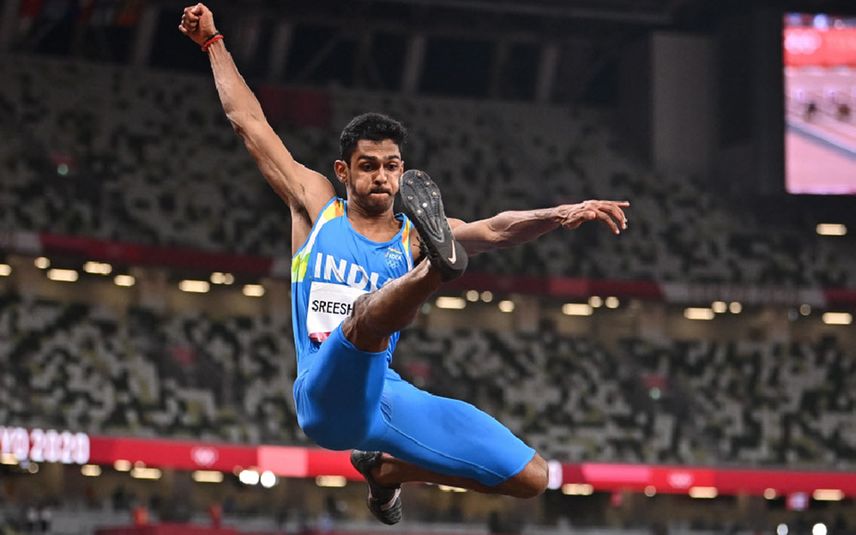 Ahead of India's Track and Field matches in the Commonwealth Games, the mother of Malayali long jumper Murali Sreeshankar shared a surprise message to her son wishing him "all the best" in his medal campaign on Tuesday. In a separate video, his sister also tipped him to win the medal in the competition.

In a video shared by SAI Media, KS Bijimol, a former 800m runner, wished his son the very best in his attempt to bag a medal.

The national record holder has been in fine form with 8m-plus jumps on many occasions this season though he failed to impress in his seventh place finish in the World Championships final with a best jump of 7.96 m. He was named in the Indian contingent for the 2018 Commonwealth Games but had to pull out ten days before the April event after being diagnosed with appendicitis.

However, he is India's top contender in the Track and Field events to bag a medal. He may win a bronze if he could match or better his season's and personal best of 8.36 m.

Interestingly, Sreeshankar is the season leader among the athletes from the Commonwealth countries.