LGBT+ athletes should be allowed to live without fear: Dutee Chand 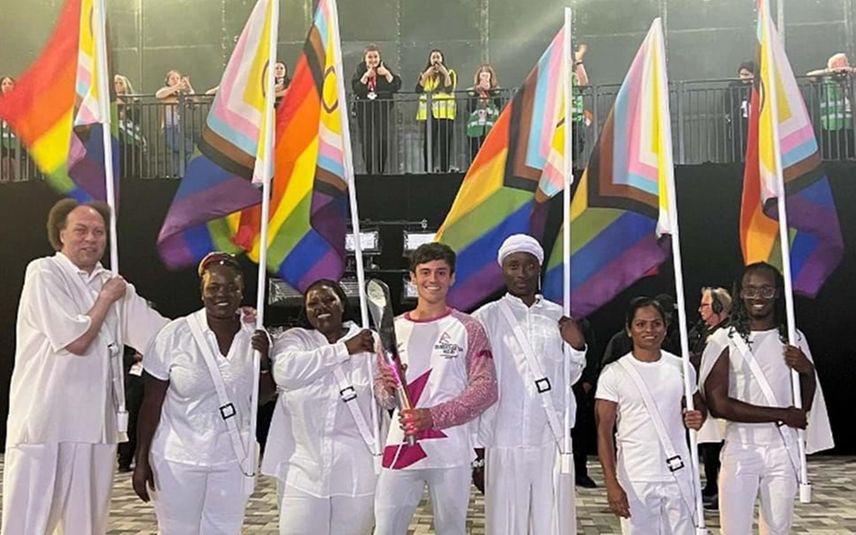 Birmingham: Condemning homophobia, India's first openly gay athlete Dutee Chand has called for the LGBT+ people to be allowed to live without "fear of persecution or death".

From facing a barrage of criticism from her family after announcing she was in a same-sex relationship, to participating in Queen's Baton here to shed light on homophobia in Commonwealth countries alongside British synchronised diver and Olympic gold medallist Tom Daley, life has come a full circle for Dutee.

Dutee sent a powerful message against homophobia as she held an LGBTQIA+ flag at the opening ceremony of the 2022 Commonwealth Games.

"LGBT+ athletes should be made to feel safe and comfortable, being their usual selves without fear of persecution or death," Dutee told PTI.

Language was a barrier, but spending few moments with Daley boosted Dutee's confidence.

"He taught me a few steps while the music was blaring out loud. It was a lot of fun. I also got a chance to meet Prince Charles," Dutee said.

"I didn't interact much as I hardly speak English but he told me 'not to get scared' and 'I'm your biggest follower.' It really boosted my confidence as we did some jig. Such a lovely memory."

The Odisha athlete, who comes from a nondescript village of Chaka Gopalpur, accompanied Daley and four others in the final leg of Queen's Baton at the Alexander Stadium.

"I suffered a lot of mental harassment, there were a few who supported me. Most of my folks stopped talking to me," Dutee recalled.

For the double Asian Games silver medallist, this will be her maiden CWG. She will run in 100m dash and also 4x100m relay race with her state mate Srabani Nanda, Hima Das and NS Simi.

"When I first acknowledged my relationship status I did not know about the LGBTQ+ movement. People derided me and told me I was 'mentally sick' and used swear words in public.

"I had sleepless nights, but now things have changed for the better. I never thought this would happen one day and I would be invited as the brand ambassador of CWG. It could not have been bigger than this. Now everything has stopped and the same people come up to me and show respect."

About two months earlier, Dutee received an invitation from the Birmingham Games to be the brand ambassador and join the four-time Commonwealth gold medal winner Daley.

"It was such an honour and IOA gave me permission to be a part of the march. This will be a moment to be cherished forever," Dutee said.

During Thursday's opening ceremony, the 28-year-old diving star made a powerful "historic" statement as they unfurled the Pride flag.

Daley also posted a picture with the LGBT athletes from across the Commonwealth, including Dutee.

Dutee further said she's ready to compete in the 100m in Birmingham.

"I'm looking forward to competing in the sprint and also in the relay. Everything is on course," an excited Dutee signed off. PTI