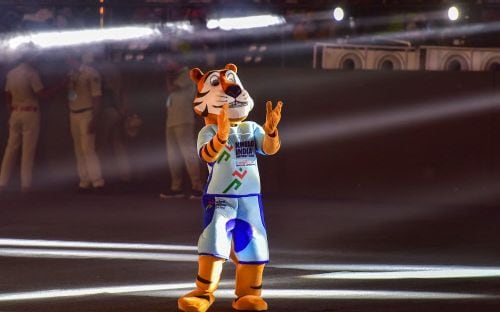 Panchkula: Largest ever contingent of 8500 players from across the country would participate in the 4th Khelo India Youth Games. The Union Minister for Youth Affairs and Sports Anurag Thakur said this during the launch of the Logo, Anthem, Jersey and Mascot for the Khelo India Youth Games 2021 here at Indradhanush Auditorium on Saturday.

Stressing the preservation of traditional sports, Thakur said that five traditional games namely Gatka, Kalaripayattu, Thang-Ta, Mallakhamba and Yogasana would be part of the upcoming Khelo India Youth Games 2021. He said that the Youth Games and the recently concluded University Games under Khelo India would definitely inspire youth to go for big targets in the future. The Minister for Youth Affairs and Sports said that the Government of India is steadfast in its efforts for the athletes to excel.