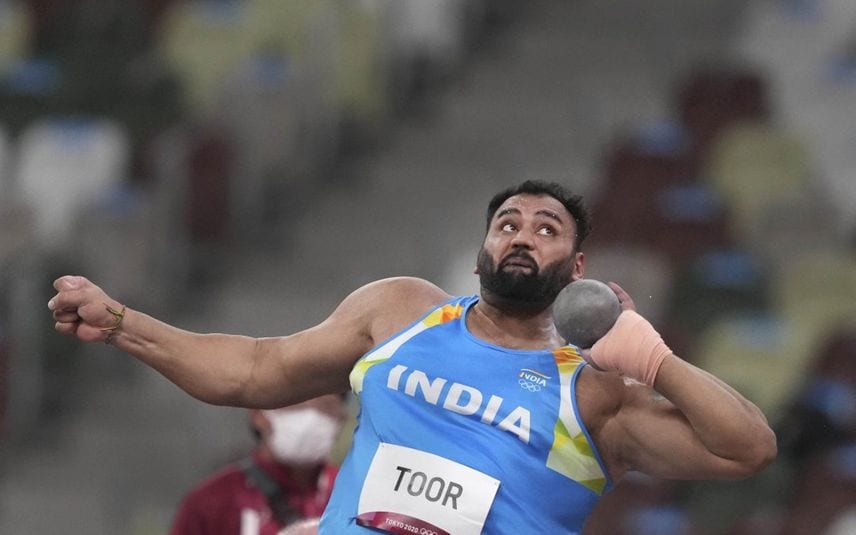 Tokyo: Indian shot putter Tajinderpal Singh Toor finished 13th at the end of his three attempts in the qualifications of the men's Shot Put (Group A) of the Tokyo Olympics on Tuesday. Tajinder started with a throw of 19.99m, but had two disqualifications in the next two attempts to see his hopes of qualifying for the finals dashed.

To qualify, athletes either needed to throw 21.20m or the top 12 would go into the final after the completion of qualification in Group A and B.

Tajinderpal was the first to start the event and was leading the scoreboard until Armin Sinancevic of Serbia touched the 20m mark. Brazil's Darlan Romani threw 21m as Tajinderpal came down to third in the qualifying round.

The Indian shot putter registered a foul throw in the second round. He was in sixth place after the end of the first essay but dropped to 12 following the conclusion of the second attempt. Meanwhile, with a throw of 21.31m, Romani bettered his first attempt and sealed an automatic qualification in the event

In the third attempt, Tajinderpal needed to put on his best show, but he ended with an invalid throw again. His best throw remained the first attempt of 19.99m. Tomas Walsh, Romani, and Mostafa Hassan qualified automatically at the end of Group A qualifications.