Messi surprises Malayali fan who called out his name by waving back; watch video 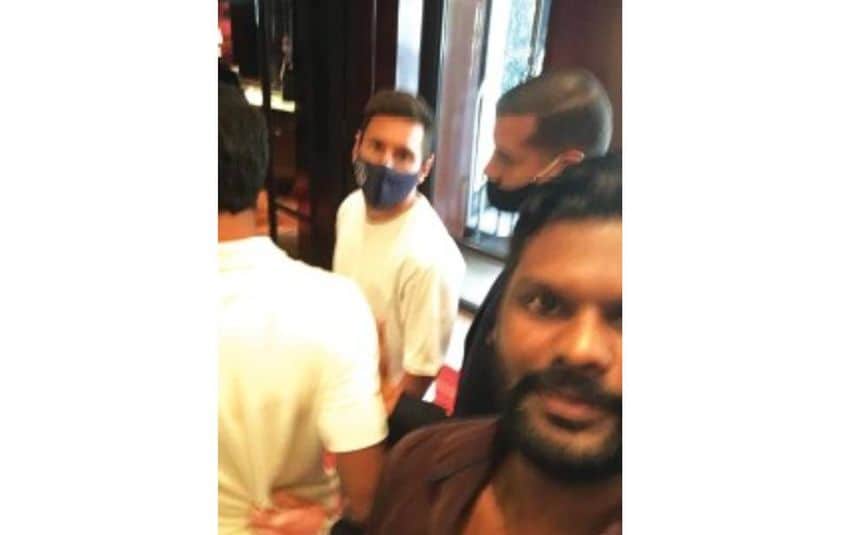 Paris: Football star Lionel Messi surprised a Malayali fan who called out his name by gesturing back to him. The video taken from Paris has gone viral on the social media. Little Thiago heard someone calling out his father’s name and he nudged his father to bring his attention to the ones who were calling out to him. Messi looked at them and waved his hand.

Messi who recently moved to Paris following his transfer from Barcelona to PSG was staying at Hotel Le Royal Monceau in Paris. Anas and Sameer, who work in Qatar, are staying in Paris for work-realted matters with their Iranian friend, Naeem. Messi and his family were staying in the room next to theirs.

They told Mathrubhumi News that their excitement after seeing the star has not yet died down. They had waited on the roads for a long time after hearing about Messi’s arrival.

Disappointed, they returned to their hotels and that is when they saw the Messiah of Football in the balcony right next to theirs. They called out to him upon seeing him and Messi acknowledged their call.

“Look at this, guys! The King of Football!”- Anas and Sameer called out with trembling voices.

The selfie with Messi happened on the day after his arrival. Sameer waited at the restaurant and called out to Messi when he saw him coming bound by tight security and snapped a picture when he got the chance. Sameer said that he got a lot of calls from friends and relatives after seeing the photo.