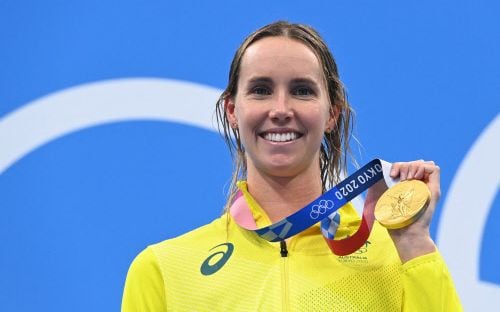 In a close race, the Australian team of Kaylee McKeown, Chelsea Hodges, Emma McKeon, Cate Campbell won the race with a new Olympic record time of 3:51.60, pushing the USA into second. The USA quartet finished at a time of 3:51.73 while Canada claimed the bronze in 3:52.60.

This was McKeon's seventh medal at the Tokyo 2020 Olympics, a feat that no other female swimmer has ever achieved at a single Games.

27-year-old McKeon has now won four gold in Tokyo along with three bronze, overtaking East German Kristin Otto's six medal-haul in 1952 which was later matched by American Natalie Coughlin in 2008.

Earlier on Saturday, United States' swimming great Katie Ledecky won her record sixth individual gold and 10th Olympic medal of her career after topping the podium in the women's 800m freestyle. Katie Ledecky still remains undefeated in every 800-meter freestyle race she's competed in for 11 years. Ledecky touched the wall in 8:12.57. Ariarne Titmus of Australia won the silver and Simona Quadarella of Italy took the bronze.