One of the local media outlets reported that his condition is not serious and is not related to Covid-19 as he had tested negative for the coronavirus in recent days. 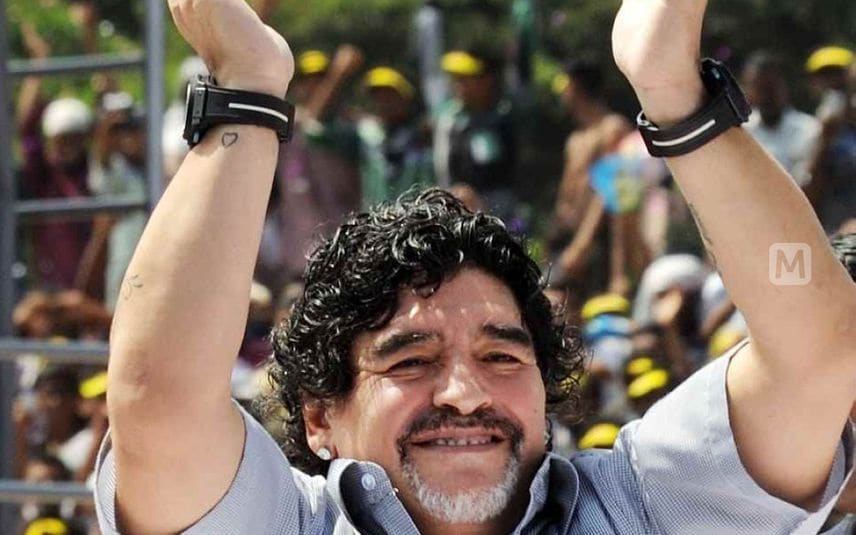 Buenos Aires: Football legend Diego Maradona, who recently turned 60, has been admitted to a hospital in Argentina.

Maradona has been reportedly taken to the Ipensa clinic in La Plata, about an hour from Buenos Aires.

Goal.com quoted one of the local media outlets as reporting that his condition is not serious and is not related to Covid-19 as he had tested negative for the coronavirus in recent days.

Maradona, who coaches Gimnasia y Esgrima, was last seen in public last Friday and he was presented with a commemorative plaque ahead of his side's game with Patronato.

In January last year, he was admitted to hospital with internal bleeding in the stomach, while he fell ill at the 2018 World Cup in Russia.

Widely rated as one of the greatest football players of all time, Maradona played in four FIFA World Cups and was captain of the Argentine team that won the 1986 tournament.

Maradona's performance in Argentina's quarter-final match against England immortalised him in his country's culture. He scored twice in his side's 2-1 win in that match.

The first goal was scored with his hand and his explanation in the immediate aftermath that he had made contact with the ball "a little with his head, and a little with the hand of God", led to the goal being known as "The Hand of God".