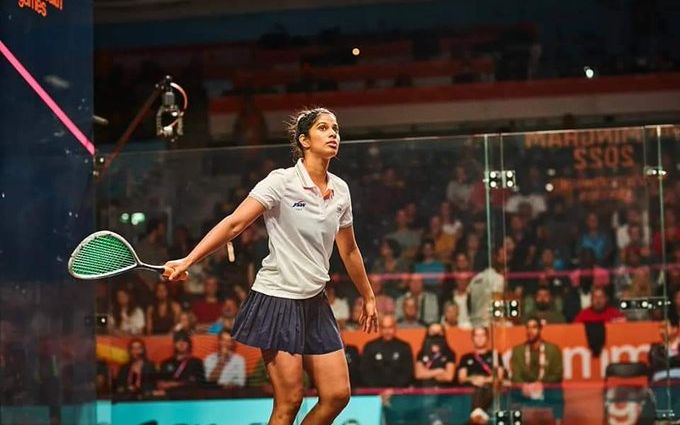 Birmingham: Indian squash player Joshna Chinappa crashed out of the Commonwealth Games Birmingham 2022 after registering a loss to Canada's Hollie Naughton in the quarterfinals of the women's singles category on Monday.

The Indian lost her quarterfinal clash against Naughton by 3-0. The first game was a closely contested but the Canadian was simply the better player. The second game was extremely one-sided and Chinappa lost it by a big margin. The final game involved a tie-breaker and Naughton emerged victorious.

Joshna Chinappa reached the quarterfinals in the women's singles category after defeating Kaitlyn Watts of New Zealand in her round of 16 match on Sunday.

Joshana Chinappa will also feature in the mixed doubles and women's doubles categories at CWG 2022 starting from August 3.

Later tonight, Saurav Ghosal will be in action against Scotland's Greg Lobban in his quarterfinal match.