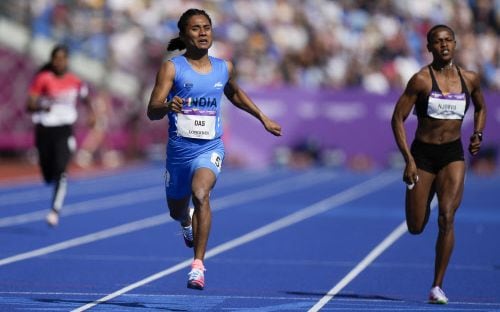 Birmingham: India's ace sprinter Hima Das entered the semi-finals of the Women's 200 m Heat 2 final on Thursday. Interestingly, she finished at the top of the ranking and is a strong medal contender.

The 22-year-old who is the current national record holder in 400 meters with a timing of 50.79 s, clocked 23.42 s in the 200m race in the Commonwealth Games. The first Indian athlete to win a gold medal in a track event at the IAAF World U20 Championships. Hima Das is widely tipped for a medal in CWG this term.