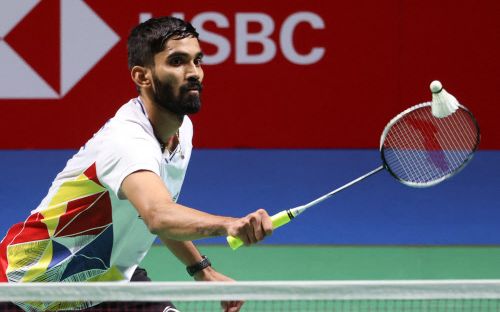 Srikanth gave a dominating performance in the second tie of the group match outclassing his opponent 21-7, 21-12.

The Pakistan player did try to stage a comeback in the second game of the tie but Srikanth kept his momentum. India now have a 2-0 lead in the match.

Olympic medalist PV Sindhu is in action against Mahoor Shahzad in the third tie of the match. In the first tie, the mixed doubles duo of B Sumeeth Reddy and Ashwini Ponnappa defeated Muhammed Irfan Syed Bhatti and Ghazala Siddique.

The Indian duo wrapped up the opening game with a score of 21- 9.

The Pakistani players made a strong start in the second game, forcing the Indian duo to commit a few errors and take a 6-4 lead. However, the Indian players kept their focus and won the tie 21-9, 21-12.