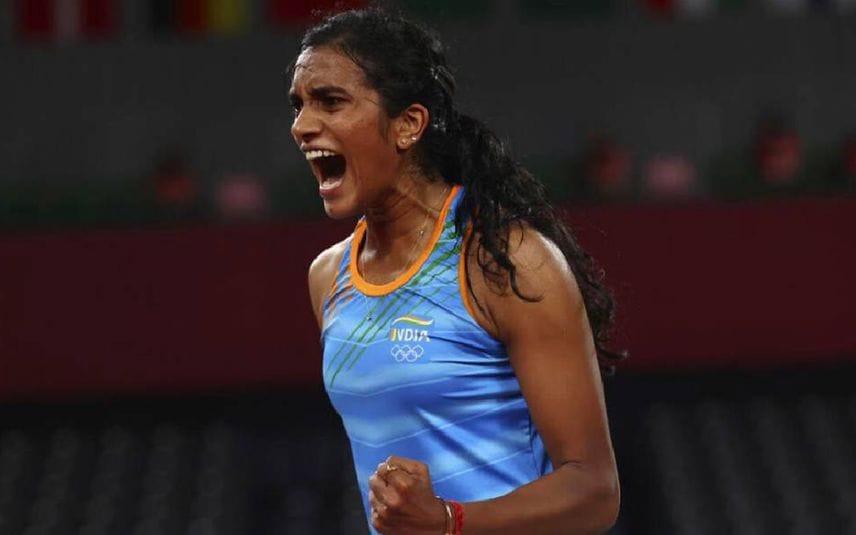 Birmingham: Indian ace shuttler and Olympic medalist PV Sindhu bagged gold by defeating Canada's Michelle Li in the finals of the women's singles competition at the ongoing Commonwealth Games 2022 in Birmingham on Monday.

Dominating from the start, Sindhu took a lead early on by winning the first game 21-15. Michelle Li failed to test the resolve of the Olympic medalist despite putting up an effort to earn points. Sindhu came back even stronger in the second game. At one moment, it almost felt as if Sindhu was losing ground to Li when the score stood at 13-10. However, she went on to win the game 21-13.

Earlier, Sindhu, who has a silver and a bronze from the 2018 and 2014 editions, rode on her technical superiority to outwit Singapore's Yeo Jia Min 21-19, 21-17 in a 49-minute contest to reach her second successive final. The Indian had also beaten Min in the team event.