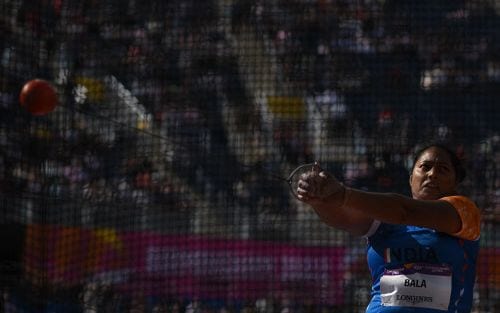 Birmingham: Indian Athlete Manju Bala entered the finals of the Women's Hammer Throw on Thursday in the Commonwealth Games after her 59.68m effort placed her in the top 12.

She booked a place in the final by finishing 11th out of the 12 athletes who qualified for the finals. Meanwhile, Sarita Singh narrowly missed the qualification after finishing 13th with 57.48m.

Manju had earlier won the bronze medal in the 2014 Asian Games.

Meanwhile, Indian shuttler PV Sindhu defeated Fathimath Nabaaha of Maldives in her round of 32 match to cruise into the next round of the women's singles competition.

Sindhu was on fire as she swung her racquet on her way to victory within just two games. She captured the match 21-4, 21-11.