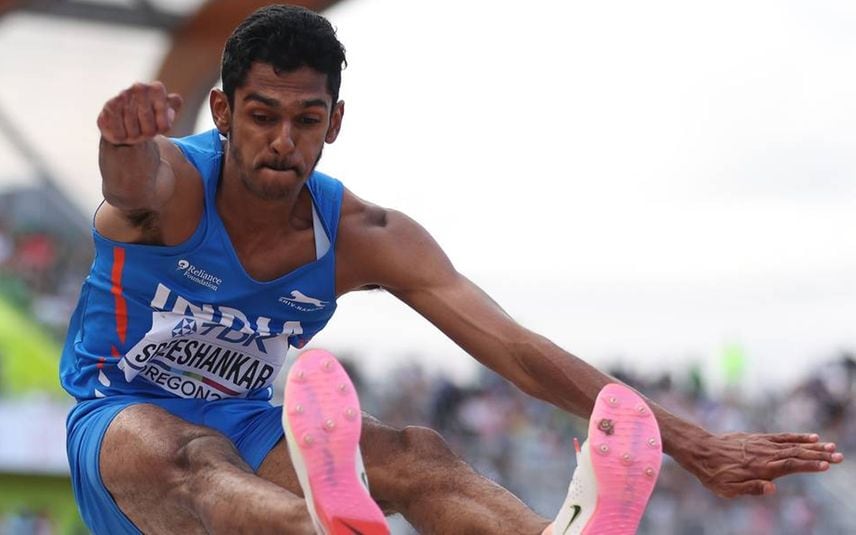 Birmingham: Malayali long jumper Murali Sreeshankar's secured a place in the finals after jumping 8.05m (automatic qualifying set at 8.00m) in the qualifying round. Muhammed Anees Yahiya has also qualified for the men's long jump final with a best effort of 7.68m. Anees follows up his first round effort of 7.49 meters with a much better 7.68 meters and secured final berth through automatic qualification.

He was at the top of the leaderboard from the get-go and nobody could outdo him. At the second position was Laquan Nairan of Bahamas with best jump of 7.90 m. Jovan van Vuuren of South Africa was in the third position with the best jump of 7.87 m. The top eight athletes from the group qualified for the finals.

In the Group B qualification round, Anees was also off to a good start, making a jump of 7.49 m in his first attempt. He made a jump of 7.68 m in his second attempt and another 7.49 m in his third attempt, finishing with the best of 7.68 m.

The national record holder has been in fine form with 8m-plus jumps on many occasions this season though he failed to impress in his seventh place finish in the World Championships final with a best jump of 7.96 m. He was named in the Indian contingent for the 2018 Commonwealth Games but had to pull out ten days before the April event after being diagnosed with appendicitis.

However, he is India's top contender in the Track and Field events to bag a medal. He may win a bronze if he could match or better his season's and personal best of 8.36 m.

Interestingly, Sreeshankar is the season leader among the athletes from the Commonwealth countries.