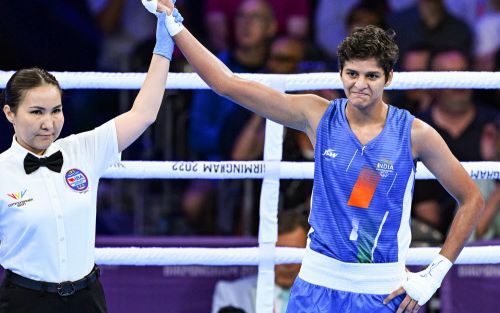 The English boxer won the match as a split decision worked in the Brit's favour, to seal her slot in the final of the event with a 3-2 win over the Indian.

The 20-year-old was up against the Brit, who looked in command from the start. Though the youngster pushed to put up a challenge, the favourite of the event ended up winning the bout 3-2 to qualify for the final.

Earlier, world champion Nikhat Zareen advanced into the final of the women's 50kg light flyweight division at the Commonwealth Games 2022 in Birmingham on Saturday.

The 26-year-old Indian boxer outclassed Savannah Stubley of England 5-0 in the semi-finals by a unanimous decision. (ANI)