It was Thakur's second silver, having finished second in the 2014 Glasgow edition as well. In Gold Coast, he had returned with a bronze. 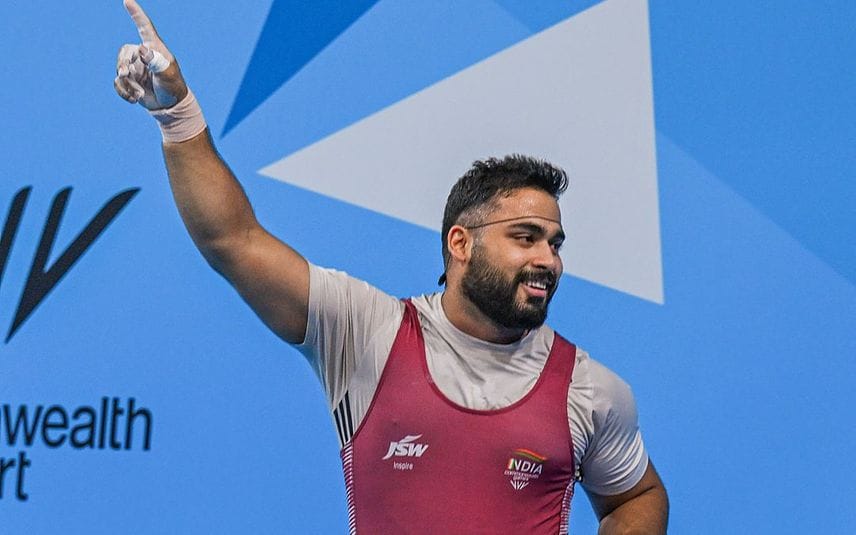 Birmingham: Indian heavyweight lifter Vikas Thakur added yet another Commonwealth Games medal to his kitty, winning a silver in the men's 96kg here on Tuesday.

The seasoned Thakur lifted a total of 346kg (155kg+191kg) to finish second and claim his third CWG medal across three editions.

It was Thakur's second silver, having finished second in the 2014 Glasgow edition as well. In Gold Coast, he had returned with a bronze.

Fiji's Taniela Tuisuva Rainibogi walked away with the bronze with a total effort of 343kg (155kg+188kg).

Thakur, a five-time Commonwealth Championships medallist, had three clean lifts of 149kg, 153kg and 155kg to be in joint third-position after the snatch round.

In the clean and jerk section, Thakur started off with a 187kg lift, which he executed perfectly.

His second attempt was of 191kg , which took some effort but the Punjab lifter was able to pull it off and celebrated it with a 'thigh-five' made popular by Indian cricketer Shikhar Dhawan.

With a silver assured, Thakur went for 198kg, a kilogram more than his personal best, in his third attempt but was unsuccessful.

But the event belonged to Opeloge, who smashed the Games record in snatch, clean and jerk and total lift.

The 23-year-old Samoan celebrated his stellar show with a groovy dance at the end.

It was heartbreak for home favourite Cyrille Tchatchet who failed to register a single legal lift in clean and jerk.