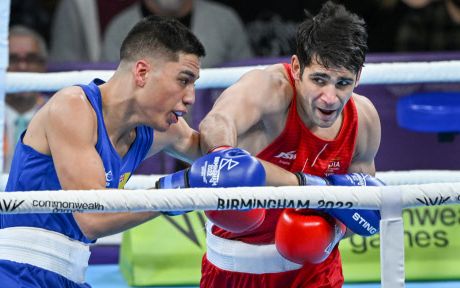 The 29-year-old was involved in a thrilling clash against Zambia's Stephen Zimba and both boxers had their moments in the match, but ultimately, it was the latter who came up with the victory to secure a 3-2 win on points.

Rohit started a bit slow in the first round but bounced back well in the second and third rounds but the judges chose Zimba as the winner.

Stephen Zimba started the match aggressive as Rohit Tokas depended heavily on the counter-attack in the first round.

The two boxers went hard at each other in the second round as Rohit Tokas bounced back to claim a crucial point.

Tokas suffers a 2-3 defeat against Zambia's Stephen Zimba in the semifinal bout via split decision.