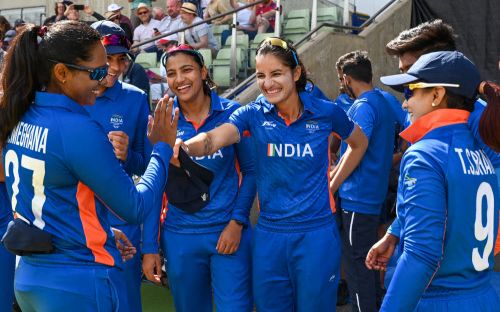 New Delhi: Motivated by its performance on Day 9 resulting in earning 14 medals, India on Day 10 of the ongoing Commonwealth Games aims to earn a number of medals in various sporting events like cricket, boxing, table tennis and athletics.

The Indian wrestling contingent captured every medal that was there to grab. Ravi Dahiya, Naveen, Deepak Nehra, Pooja Gehlot, Pooja Sihag and Vinesh Phogat won all the medals on the second and final day of the wrestling competition.

Indian women's cricket team also made history in its first outing and confirmed a medal for the nation by qualifying for the finals of the cricket tournament after defeating England in a thriller by 4 runs.

Progress was also made in racquet sports like table tennis and badminton.

Here is the day ten schedule of the games. India has a chance to confirm or win many medals today.

-Confirmed events with timings not declared yet are -

Events if players qualify and with timings not declared yet are -