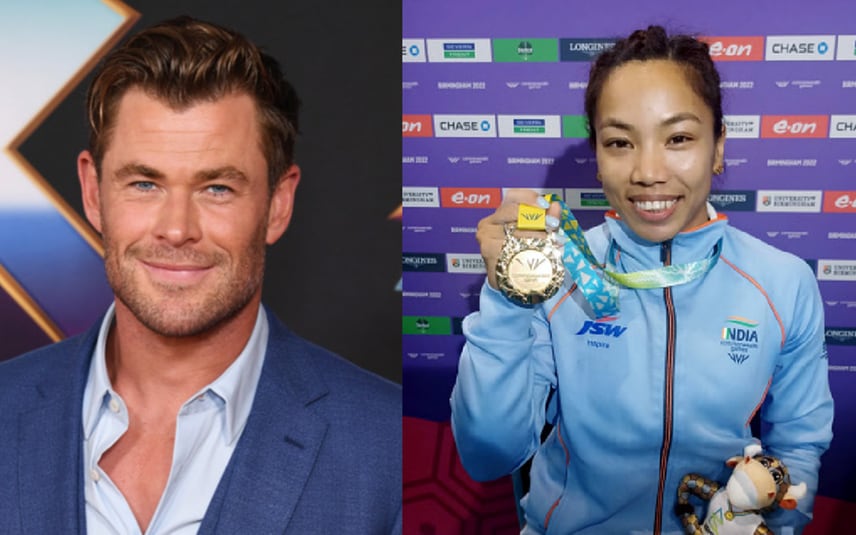 Weightlifter Mirabai Chanu, who won a gold medal in Commonwealth Games 2022 and was adored by sports enthusiasts across the country, received a massive surprise after Chris Hemsworth, the Holywood heartthrob, congratulated her on her success.

Chris, who plays the lead role in Marvel's Thor, shared a cheeky tweet by saying, "She is worthy! Congrats, Saikhom, you legend." His reply to a tweet post by a netizen, "Time for Thor to give up his hammer," went viral on social media.

In fact, Chris Hemsworth actually borrowed his famous catchphrase from his MCU movie Thor to give an epic reply. In the move, the hammer of Thor can only be lifted by someone deemed "worthy".

Chanu bagged a gold medal in the 49kg category at the ongoing CWG 2022 held in Birmingham. She followed her silver-winning performance in the 2020 Tokyo Olympics by winning gold after lifting 201kg in two rounds. This is her second gold medal in CWG.