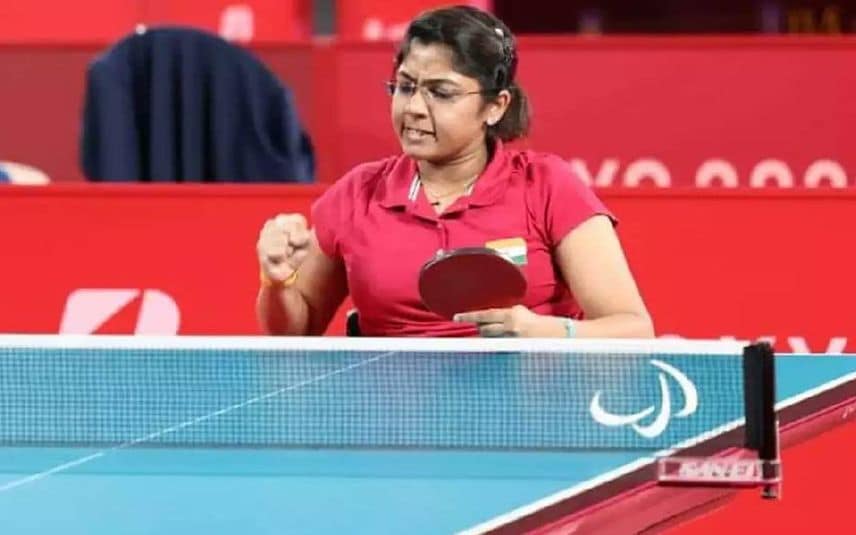 Birmingham: India's ace para table tennis player and Tokyo paralympics medalist Bhavina Patel reached the semifinal of the women's singles category after defeating Akanisi Latu of Fiji in her third match of the tournament at the ongoing Commonwealth Games 2022 in Birmingham on Thursday.

Meanwhile, Kidambi Sriknath sailed into the pre-quarterfinals in the singles events after defeating Daniel Wanagaliya of Uganda by 21-9, 21-9. Srikanth, who is also a silver medalist in CWG 2018, will play his round of 16 match on Friday.

In her women's singles class 3-5 match, she defeated Latu 11-1, 11-5, 11-1. Bhavina was dominance personified as she crushed her opponent in straight sets.

She has reached the semi-finals after winning her previous two matches against Daniela Di Toro of Australia and Ifechukwude Ikpeoyi of Nigeria. The semi-final match will take place on Friday. She has earned a top place finish in Group 1.

On the other hand, Baby Sahana Ravi crashed out of the women's singles competition after losing to Yang Qian of Australia.

She had earlier lost to Nigeria's Faith Obazuaye and Gloria Gracia Wong Sze of Malaysia. She finished at the bottom of Group 1.

The Commonwealth Games started in Birmingham from July 28 and will go on till August 8. (ANI)