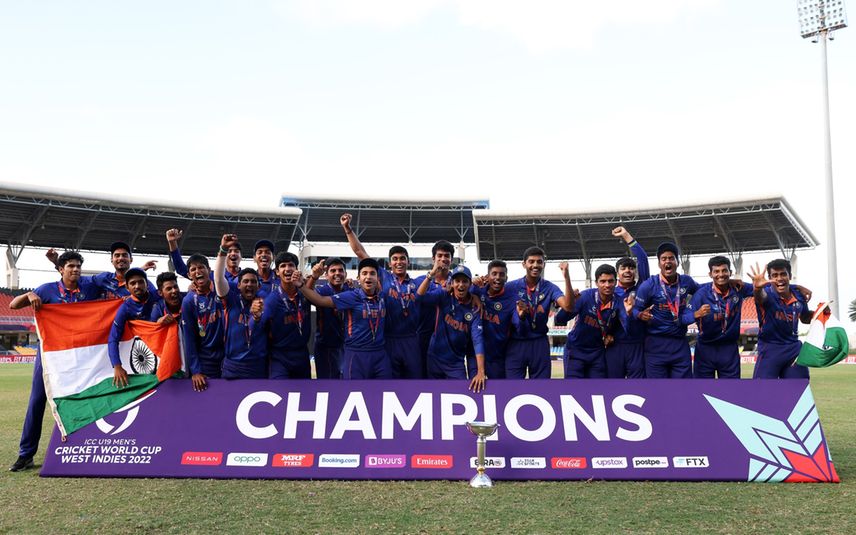 India defeated England by four wickets to win the World Under-19 title for a fifth time on Saturday.

India made 195 for 6 with 14 balls to spare after dismissing England, playing their first final in the tournament in 24 years, for 189.

England were 91-7 at one stage before a sparkling 95 from James Yew gave them a fighting chance but India were never really in trouble with Shaik Rasheed and Nishant Sindhu both making half-centuries.