Appointing Dhoni as mentor is not to undermine anybody: BCCI 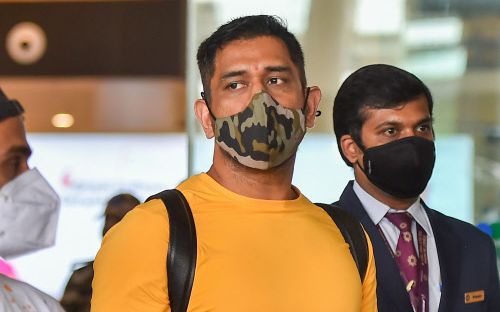 New Delhi: After about one year of retirement from international cricket from all formats of the game, MS Dhoni will once again be seen wearing the Indian blue jersey next month. However, with a different role.

The two-time World Cup-winning skipper was named as the mentor for team India for the T20 World Cup, on the heels of the team announcement by the BCCI.

BCCI treasurer Arun Dhumal on Tuesday spoke on Dhoni's inclusion, stating that India will definitely benefit from the presence of the legend in the camp.

"He (Dhoni) has been a great leader. Under his captaincy, India won the inaugural World Twenty20, the 2010 and 2016 Asia Cups, the 2011 World Cup and the 2013 Champions Trophy. Records are amazing. It is really great to have him as a mentor of the team (for the ICC World Cup).

"He has a good reputation and respect in the team, and also bringing him doesn't mean to undermine anybody. They have also done a phenomenal job," Dhumal told India Ahead.

Originally, the marquee T20 World Cup event was scheduled to start in 2020. However, due to the Covid-19 pandemic, it was suspended. And instead of India, it will take place in UAE and Oman in a total of four venues, Muscat, Dubai, Abu Dhabi, and Sharjah.