A former BCCI official said that Karim's style of functioning was incorrect as he often came across as arrogant. 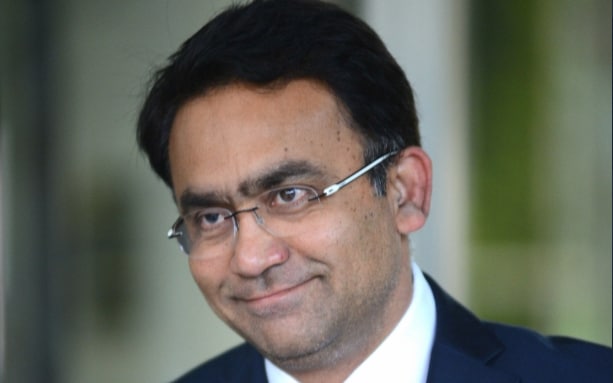 New Delhi: The Board of Control for Cricket in India's (BCCI) GM Cricket Operation Saba Karim has been asked to leave as per board insiders. His position has been under scrutiny for a while and IANS had reported on June 26 that he was under the scanner. In fact, even in the Apex Council meeting on Friday, it was K.V.P. Rao who discussed and presented the roadmap for domestic cricket with the officials.

Speaking to IANS, a BCCI functionary said that the former cricketer's role has been under the scanner ever since the current dispensation took charge and the outgoing women selectors informing them of Karim's constant interference in selection matters could have been the final nail in the coffin."

"Saba was not invited to present the changes in BCCI domestic structure at the recently concluded Apex Council meeting. Instead, Rao made the presentation, making it clear what was in store.

"His appointment has been in scrutiny since the office bearers took over last year. The eligibility was tweaked to suit him in a closed-door meeting between Vinod Rai and Rahul Johri after the appointment process had commenced. This severely disadvantaged the others who had the same qualifications but weren't even aware that they could apply," the functionary explained.

"It is learnt that the outgoing women selectors have accused Saba of bullying and interfering in the selection matters. His mishandling a national team came to the fore when Mithali Raj, an international icon, time and again said that she was dragged into the controversy where she was pitted against Harmanpreet Kaur after she confided in Saba."

A former BCCI official said that Karim's style of functioning was incorrect as he often came across as arrogant. "In my experience of working with him, a few things stood out. He was arrogant with the members who would have a genuine query, he lacked the ability to think his decisions through and they were decisions that impacted domestic cricket deeply and lastly he was opaque in promoting those people who were close to him at the cost of others who may have been better suited for positions. He would take credit for other people's hardwork," he told IANS.

Echoing the sentiments, a BCCI functionary said even in the National Cricket Academy (NCA) part, there have been official complaints against some of the recruitments done under Karim.

"Saba's involvement in the appointment of coaches and other staff at the NCA is also under investigation. A senior BCCI employee has sent in several complaints to the office bearers highlighting how people were given backdoor entry into the NCA.

"The BCCI members have raised the issue of appointment of women's team support staff without following the process. The issue was brought to notice by a senior employee of the BCCI and the BCCI legal team confirmed that the regulations were not followed in the appointments," the functionary said.