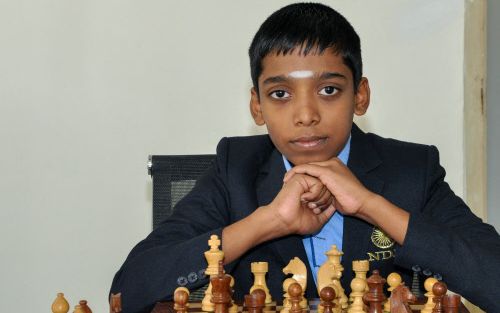 Carlsen's revival after a tough first day of the Meltwater Champions Chess Tour was pegged back by the youngest player in the field.

Carlsen had racked up three wins in a row as he ominously cranked up the gears. But against 16-year-old Praggnanandhaa, he blundered badly, and the Indian star held firm for the win.

It was Praggnanandhaa's first win in any form of chess against the Norwegian and came on the back of having lost three games in a row. Carlsen finished down in fifth - up from 11th on the leaderboard yesterday.

"I think it's about just going to bed," FIDE's website quoted Praggnanandha as saying. ANI