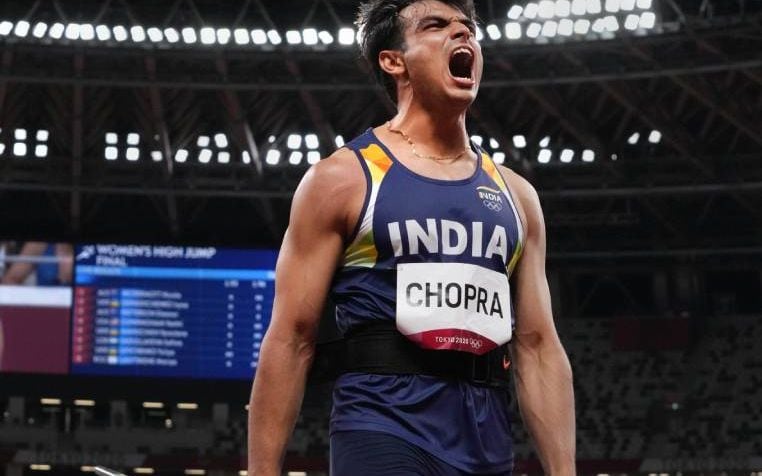 Applauding his effort, President Kovind described it as an "unprecedented" achievement which will prove to be an inspiration for the youth of this country.

Sreejesh P R, the goal keeper of Indian Hockey team which bagged bronze in the Olympics 2020 appreciated Neeraj through twitter.

Congress leader Rahul Gandhi on Saturday lauded javelin thrower Neeraj Chopra for winning the gold medal at the Tokyo Olympics and said he has made all Indians proud.

Chopra, who is from Khandra village near Panipat in Haryana, produced a second-round throw of 87.58m in the finals to stun the athletics world and end India's 100-year wait for a track and field medal in the Olympics.

"Neeraj Chopra take a bow! A billion hearts beat for you today and each one of us couldn't be more proud," Rahul Gandhi said on Instagram.