PT Usha thanks Neeraj Chopra for fulfilling her 'unfinished dream' 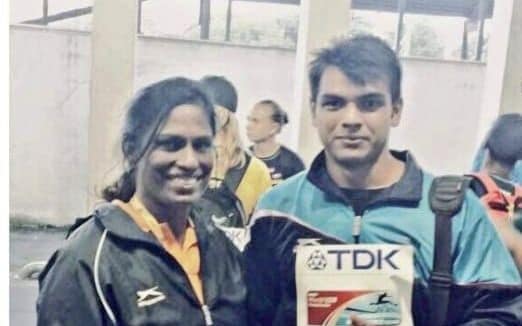 New Delhi: One of India most celebrated sprinters PT Usha, who has been carefully nurturing talent at the Usha School of Athletics in Balussery (Kerala) in the hope of producing an Olympic champion, congratulated Neeraj Chopra after he won India's maiden Olympic track and field gold in javelin throw at Tokyo2020 on Saturday.

Usha, fondly called the 'Payyoli Express', had made the world realise India's potential in athletics when she missed the bronze medal at the 1984 Los Angeles Olympics in 400 metre hurdles by 1/100th of a second, making it the closest-ever miss for an Indian athlete in any competition.

Usha posted a picture of herself with Chopra and tweeted, "Realised my unfinished dream today after 37 years. Thank you my son @Neeraj_chopra1. (Flag of India, First place medal symbol) #Tokyo2020."

While Usha was called the golden girl of Indian athletics, an Olympic medal remained her only unfulfilled dream. Despite being the favourite for a podium finish at the 1984 Olympics in 400m hurdles, her effort of 55.42 seconds was not enough to fetch her bronze, as she finishied fourth.

Usha blamed the disappointment to one of the competitors' false start, which she said had "broken her rhythm" as "she got off the blocks a bit slower at the restart."