FC Barcelona coach Xavi Hernandez admitted his side had deserved the loss after their 3-1 defeat to Real Madrid on Sunday which saw them overtaken by their rivals at the top of La Liga. 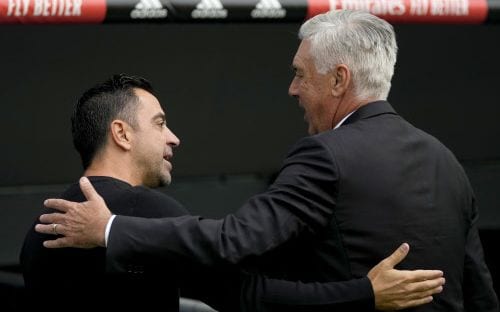 Madrid: FC Barcelona coach Xavi Hernandez admitted his side had deserved the loss after their 3-1 defeat to Real Madrid on Sunday which saw them overtaken by their rivals at the top of La Liga.

"We didn't take advantage of our good moments and Madrid did," admitted Xavi in his post-game press conference, reports Xinhua. "Nothing is going right for us and we have to change that," he added.

Asked about his side's reaction in the closing minutes, the Barca coach commented that he couldn't "be happy with anything after losing 3-1."

"We were facing a great team and you have to know what you are doing and we were not at our best. We had spoken about stopping their counter-attacks and they caught us out on one in their first goal.

"It's a long season, but that is not consolation. We need to be more mature," insisted Xavi.

"We were more convincing and more effective. We scored with a move from the back and avoiding pressure. We did well. The team was excellent as a group and that was the key," commented Ancelotti, who gave extra value to the win.

"These are not just three points. We have taken them from one of the most dangerous rivals in the competition," he added.

Ancelotti said his side had needed to work until the end. "I didn't make changes until late on because we had things under control and I didn't want to change much. We didn't start the second half very well, but we didn't suffer much," he said. IANS