Lobera, who was officially unveiled as Mumbai's new coach in October, is renowned for the possession-based attacking football his former team FC Goa played. Four players -- midfielders Hugo Boumous, and Ahmed Jahouh and defenders Mourtada Fall and Mandar Rao Dessai -- from FC Goa have followed him to Mumbai. 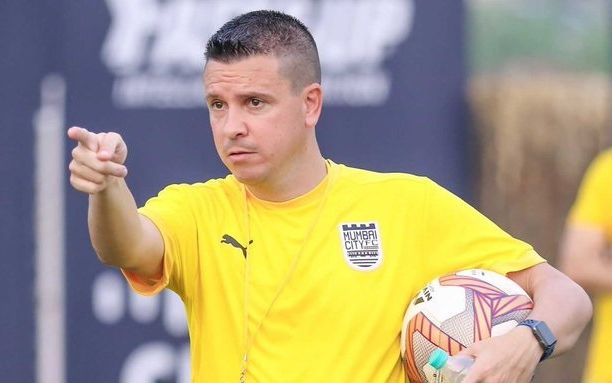 Mumbai: Mumbai City FC head coach Sergio Lobera hopes that his players adapt to his preferred style of play over the course of the first few matches of the 2020/21 Indian Super League (ISL) season.

Lobera, who was officially unveiled as Mumbai's new coach in October, is renowned for the possession-based attacking football his former team FC Goa played. Four players -- midfielders Hugo Boumous, and Ahmed Jahouh and defenders Mourtada Fall and Mandar Rao Dessai -- from FC Goa have followed him to Mumbai.

"Obviously when there are players we have worked with before and we need to implement a new style of play, it is easier. These players can help me understand their team mates better and thus help with the style of play," said Lobera on Friday in a virtual press-conference ahead of Mumbai's first match of the season.

While Lobera's FC Goa's free scoring run helped them win the league stage on a canter last season, Mumbai's game was rooted in pragmatism under Jorge Costa. Lobera's task thus means to pretty much take them to the other end of the spectrum in their tactical approach to a match and the truncated pre-season he had with the team was not too helpful on that front.

The ISL starts Friday evening and will be played in three bio-secure stadiums across Goa. Lobera, 43, believes that the difference between the teams could be more about how they look after their players and rather than on the basis of tactical superiority.

"I told the players that we have two options -- complain that we have a lot of problems, which is true (or) the best way is not to complain and try to adapt quickly; to see this situation as a challenge and solve the problems as a family.

"A lot of things can happen this season and we need to adapt quickly to improve our performances. We need to follow the rules. It is not easy to live in a bubble but the club and City Football Group have been careful to provide us with very good facilities. We are living as a family, have some fun moments off the pitch which is important for any team."