Valskis nets ISL Hero of the Month award for January 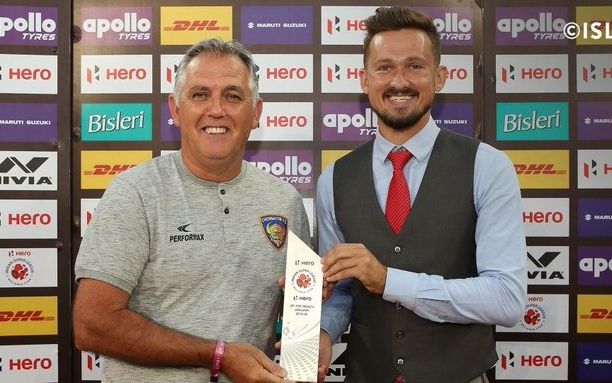 Mumbai: Nerijus Valskis was named the ISL 'Hero of the Month' for January 2020 for his impeccable performance during the period.

The Lithuanian striker grabbed headlines throughout the month as his prowess up top has turned Chennaiyin FC into strong contenders for a play-off berth after a horrendous start to the season.

Valskis emerged as the undoubted choice for the award in January owing to his heroics upfront for the two-time ISL champions leading Owen Coyle's men to three wins in four games.

The Lithuanian forward scored five goals and recorded an assist in Chennaiyin's thunderous comeback in the league standings. The 32-year-old's emergence of form has been a key factor in the revival of Chennaiyin's knockout hopes.

Valskis has struck a lethal combination with Rafael Crivellaro as the duo scored seven goals between them in January.

Chennaiyin were languishing at second-bottom on the ISL table at the start of the calendar year. A run of three consecutive wins saw them revive their play-off hopes, ending the month in sixth position, three points off the top-four places.

Valskis broke into the footballing scene with Lithuanian side Kaunas, featuring in the UEFA Champions League early in his career. He has won 24 caps for the Lithuanian national team and has also represented Israeli giants Hapoel Tel Aviv.

Valskis has continued his superlative run of form in February, as he scored two and set up another goal in Chennaiyin's dominating 6-3 victory over Kerala Blasters FC in Kochi last week. With 12 goals from 15 games Valskis is only second to ATK's goal-machine Roy Krishna in the race for the ISL Golden Boot.