"At the moment those infected are four, three players and a team official," the Siena-based club US Pianese said in a statement. 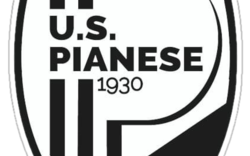 Milan: Three players from third-division Italian football club US Pianese have tested positive for COVID-19 (coronavirus), the Tuscany side confirmed on Friday.

"At the moment those infected are four, three players and a team official," the Siena-based club said in a statement.

"The first is a young player who had started to experience a slight rise in temperature and headache last Saturday, when the team was away to Alessandria to play a championship game.

"The second player is in self-isolation at his home, while not showing any symptoms, as well as the third player who is slightly feverish.

"The fourth person tested positive for the swab is a club official who this morning, after spending the night in a feverish state, was transported by ambulance to the hospital in Siena."

The Serie C side added: "Currently all the players, the technical staff and the managers present during the trip last weekend are in a 15-day quarantine."

Italy has the largest coronavirus outbreak in Europe with more than 650 people infected and 17 deaths.

Matches in the north of the country, the hardest hit by the virus, will be played behind closed doors this weekend, including five Serie A games, among them league leaders Juventus and title-rivals Inter Milan in Turin.

The other four are Udinese against Fiorentina, AC Milan at home to Genoa, Parma against SPAL and Sassuolo versus Brescia.

Juve called off their scheduled pre-match press conference on Saturday "in compliance with the restrictions currently in force" as did AC Milan before their game against Genoa in the San Siro on Sunday.

"It will be strange to play such an important match like Juve-Inter without the fans," Portugual star Cristiano Ronaldo told Sky Sport Italia.

"It's not nice, but health remains the most important thing."