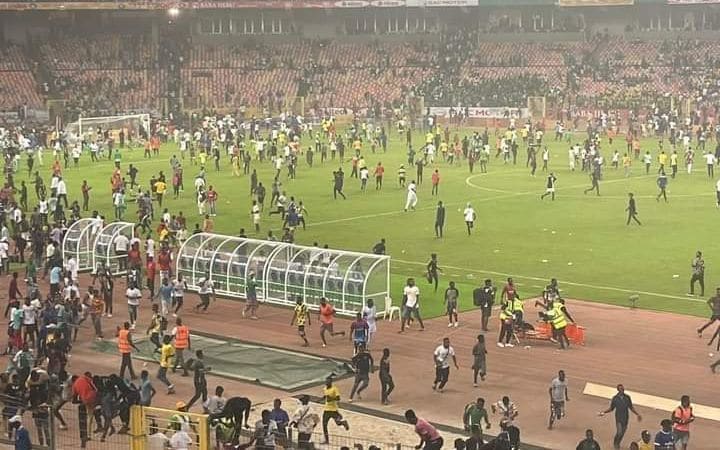 Abuja: Nigerian security forces fired tear gas to disperse hundreds of angry fans who stormed the pitch and went on a rampage after Nigeria failed to qualify for the 2022 World Cup late Tuesday.

Outraged supporters flooded the field of the sold-out 60,000 capacity stadium in the capital, after Ghana upset the home team by forcing a 1-1 draw to win the African play-off on away goals and dash Nigeria's hopes of appearing in the World Cup later this year.

Some of fans smashed benches while others chanted "Pinnick must go! Pinnick must go!!", referring to the president of the Nigeria Football Federation (NFF), Amaju Pinnick.