However, ISL has not revealed the exact reason behind the postponement of the match, but it was believed that ISL clubs are facing problems on multiple fronts due to the rising number of Covid-19 cases 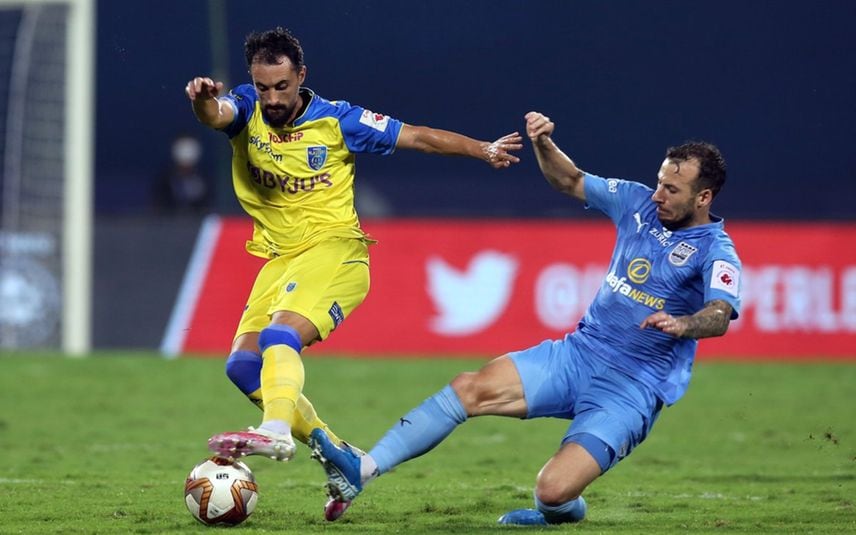 New Delhi: The Indian Super League (ISL) match between Kerala Blasters FC and Mumbai City FC, slated to be played later on Sunday, has been postponed, the League confirmed in a statement.

However, ISL has not revealed the exact reason behind the postponement of the match, but it was believed that ISL clubs are facing problems on multiple fronts due to the rising number of Covid-19 cases

"Indian Super League (ISL) has decided to postpone Match No. 62 between Kerala Blasters FC and Mumbai City FC scheduled to be played on January 16 at Tilak Maidan Stadium, Vasco da Gama. The League will look to reschedule the fixture to a later date," ISL said in a statement.

"The decision has been taken in consultation with the League's medical team after it was assessed Kerala Blasters FC do not have the requisite number of players available for the match. The League will work closely with the medical experts to monitor and ensure the safety of all the players and support staff in the squad and others involved," the statement added.

Kerala Blaster coach Ivan Vukomanovic on Saturday said that everybody is now talking about rising cases of Covid-19, and no one is interested in the game.

"Well, it's obviously not easy, seeing the circumstances not just for our club but so far I think nine clubs are in lockdown. Nobody is talking about football anymore because everyone is concerned. We have families here. So I just hope everybody stays safe. I have confidence in the ISL people. They have things under control. But of course, it's not easy," the coach had said in the pre-match press conference on Saturday.