Sensory Rooms in stadiums: Those with autism can watch World Cup without any discomfort 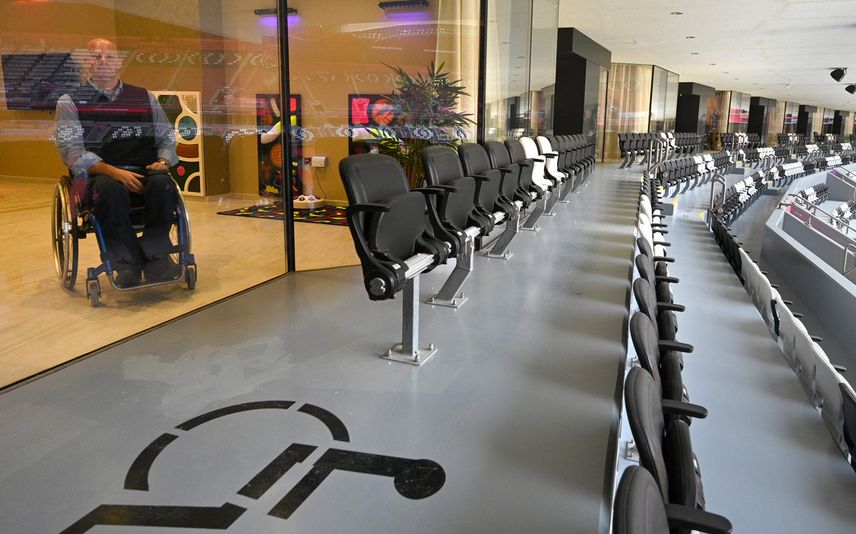 Doha: The calm and quiet is a stark contrast to the roar of a World Cup football stadium. But it is quite deliberate.

For the first time at the tournament, special "sensory rooms" have been created at three stadiums in Qatar where children, teens and young adults with autism or similar disabilities can retreat when the big-match atmosphere becomes too much.

FIFA president Gianni Infantino has said Qatar 2022 will be "the most accessible World Cup ever". There will also be commentaries for the blind and unprecedented measures to get disabled fans into stadiums.

There has been a "massive" response to the sensory rooms, according to Alison Saraf, who is part of the project as the founder of a shop to help autistic children in Doha.

Organisers say nearly all of the special stadium and room tickets have been sold.

For many people with autism, noise is an agonising experience. The rooms are intended to help those who could become "overwhelmed", said Saraf.

"It would be a calm place for them to kind of relax and regulate," she said.

The cacophony from fans is an integral part of football, but these World Cup oases of calm can be found in the Al-Bayt stadium, the venue of the opening match, the Lusail stadium where the final will be played on December 18, and the Education City stadium that will host eight games.

There will be six other rooms near fan zones around Doha.

The rooms can accommodate at least 10 people and have big tinted windows where the fans can watch events in seclusion.

At Al-Bayt, there is soft lighting from fibre optical and LED lamps, coloured mattresses and sensory rugs that offer a range of distracting, tactile fun for children and youths for whom a football match may have long been out of bounds.

There are also noise-cancelling headphones, padded blankets to roll around on, and anti-stress toys.

"Sometimes it gets a bit too overwhelming within the stadium bowl," said Hala Ousta, FIFA's diversity and accessibility manager.

Specialists want the spectators to spend as much time as possible in their stadium seats.

"It's not meant to be necessarily separation and a 'them and us' situation," said Saraf. "It really is to let them experience the game. And then for them to slowly become used to it."

The English club Watford opened a sensory room in 2016 and others have since followed suit.

Discussions started in Qatar in 2016 and sensory rooms were opened for the FIFA Club World Cup in 2019 and the Arab Cup last year.

"This is the first time it's happened in a World Cup tournament," said Mark Dyer, who is in charge of accessibility for Qatar's organising committee.

The tournament, which starts Sunday when Qatar take on Ecuador, will also feature an app where visually impaired fans can listen to commentaries in Arabic and English.

Organisers have also promised "completely accessible" journeys for fans with reduced mobility when travelling to the stadiums or fan zones, whether they take public transport or a private car. AFP