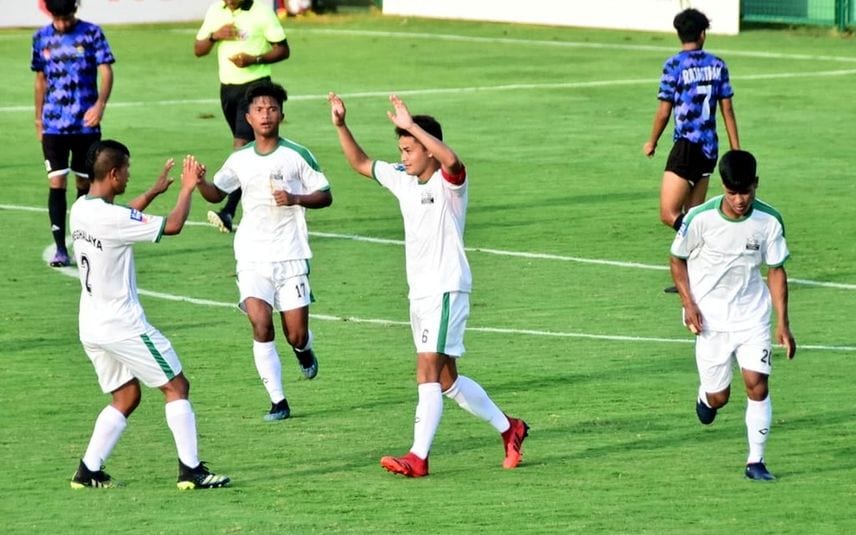 Malappuram: Meghalaya got off to a winning start in the Santosh Trophy football by beating Rajasthan 3-2 in their group match on Monday. A goal from Captain Hardy Cliff Nongbri and a double from Figo Syndai helped Meghalaya overcome Rajasthan in the tightly fought encounter at Kottapadi Football Stadium in Malappuram. Meantime, Yuvraj Singh and Imran Khan scored for Rajasthan.

Rajasthan took the lead in the opening minutes through Yuvraj Singh, who headed home a long throw from Trilok Lohar. However, Meghalaya equalized in the 25th minute through Figo Syndai from the right-wing.

Shortly after, Meghalaya took the lead in the 39th minute through Figo Syndai. However, Rajasthan equalized in the 56th minute through Imran Khan. Gautam Bissa's effort from outside the box was kept away from the goal by the goalkeeper but fell directly in the path of Imran Khan to make the score 2-2.

Meghalaya finally broke the deadlock in the 62nd minute through a penalty. Hardy Cliff Nongbri comfortably converted the penalty to ensure the first victory for Meghalaya in the Santosh trophy group stage.