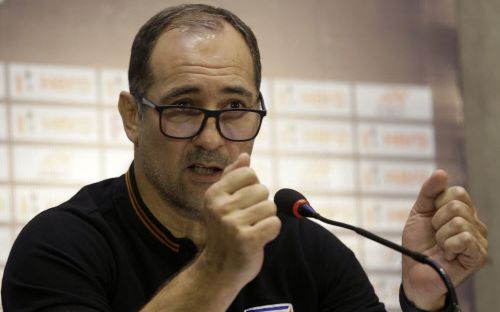 New Delhi: India men's football coach Igor Stimac on Sunday named a list of 23 players for the forthcoming SAFF Championship which kicks off in the Maldives from October 1 onwards. The final of the championship is slated for October 16.

The players and the support staff will assemble in Bengaluru tomorrow (Monday, September 27), and will fly out to the Maldives the next day. Stimac and other members of the technical staff will join the squad directly in the Maldives on the same day.

Besides India - Bangladesh, Nepal, Sri Lanka and hosts the Maldives are the other teams in the Championship. Each team plays each other once with the top two teams qualifying for the final.

Stimac in an official AIFF release stated, "We are all looking forward to the SAFF Championship as the leading football country in this part of Asia. These 4-5 games are extremely crucial for us as we won't have any other chance of getting together before the start of 3rd round AFC Asian Cup qualifiers next season. So these matches should help us to improve a few points in our game."

India begin their campaign against Bangladesh on October 4.