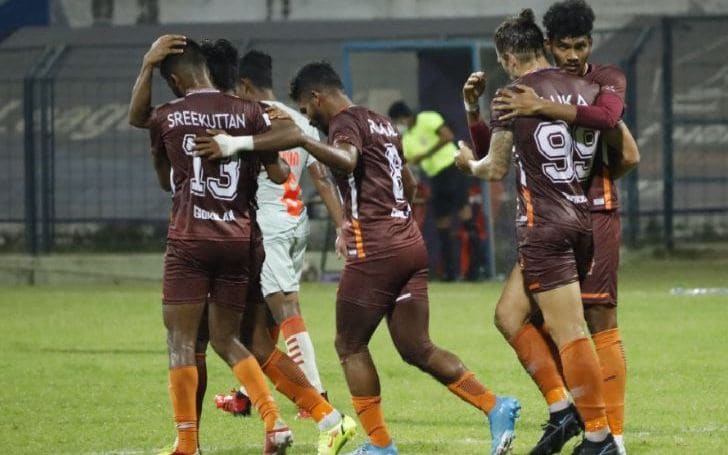 Razeek netted his first goal for the Malabarians just nine minutes after making his debut as Gokulam went one up. Majcen set up the ball for the Sri Lankan after seeing him inside the area and Razeek did not make any mistake as he smashed the ball across the goal line.

Majcen got a penalty in the 26th minute and Syed Zahid managed to save Gokulam Kerala skipper Sharif Mohammad's spot-kick with an outstretched foot but the Afghan scored from the rebound.

Four minutes later, Majcen made it 3-0. The Slovenian was set up by Razeek with a brilliant through ball for his ninth goal this season.

After going 3-0 up, Gokulam coach Vincenzo Annese chose to put his bench strength to test by bringing on Rishad and Zodingliana for Muhammed Uvais and Sharif M Mohammad in the 37th minute.

Indian Arrows controlled the proceedings better in the second half but despite the ball possessions, they were not able to take earn too many chances.

Jithin smashed the fourth goal for Gokulam in the 72nd minute after being set by Majcen.

Lalchhanhima Sailo almost pulled one back for the Arrows in the 79th minute as he tried to curl in a dipping shot into the top corner from outside the box but it went over the bar.

Thahir Zaman scored the fifth goal of the match to seal Indian Arrows' fate. Substitute Sreekuttan set him up with the ball with a low cross from the left flank and he did well to tap the ball into the net from point-blank range.

In another match played at Naihati stadium, Tiddim Road Athletic Union and Sudeva Delhi FC played out a goal-less draw.

Neither side would be too happy with the result in the context of their chase for a top-7 finish.

She is my friend, we will always stand with her: Prithviraj on 2017 actress ...