Pele recovering after surgery, hospital confirms he is fine 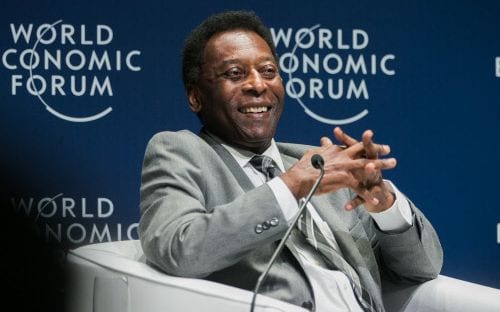 Rio de Janeiro: Brazilian football legend Pele is recovering from a surgery to remove tumour from his colon. The former Brazil international was hospitalised for almost a week, after a routine medical checkup. However, Pele had revealed that he was undergoing routine examinations in hospital and that he was in good health, denying rumours of serious health issues.

The hospital in São Paulo released a statement that they are keeping Pele in intensive care but will be shifting him to a room on Tuesday. The removed tumour has been sent for tests, it added.

"Guys, I didn't faint and I'm in very good health. I went for my routine exams, which I had not been able to do before because of the pandemic," Pele said on Twitter.

The three-time World Cup winner has rarely been seen in public since undergoing hip replacement surgery in 2012, Xinhua reports.

He has since battled a series of prostate and kidney problems that have often required treatment in hospital.

Last year, Pele's son Edinho said his father was battling a "kind of depression" because of his fragile health and declining mobility.

Pele scored a world record tally of 1,281 goals in a 1,363-match professional career that spanned 21 years. He was capped 91 times for Brazil and scored 77 international goals.