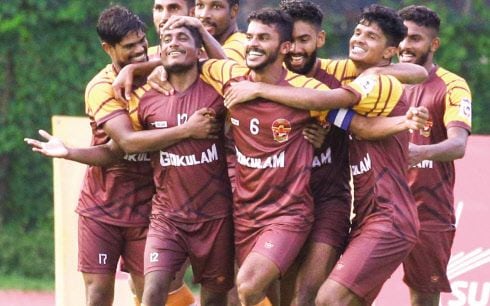 Kochi: Gokulam FC joins hands with the Indian Olympic Army to support the Indian contingent participating in Tokyo Olympics. The current I-league champions will join forces with the fans from the Kolkata Knight Riders, FC Goa, Ultimate Table Tennis, Reak Kashmir FC, Shillong Lajong FC, and Cricket Fauj to create a 31-million strong fan base to support and cheer the country in the quadrennial event.

Indian Olympic army, an initiative by MPL Sports Foundation, will arrange a virtual fan movement, to support the Indian Olympic team by engaging fans with the various events and bringing them closer to the games. There are activities planned including watching the Olympic moments, understanding various events and cheering the Indian team. A large engagement exercise is also planned with the fans submitting their fan moments through photographs and videos.

MPL Sports Foundation is the official principal partner of the Indian Olympic contingent.