The onus is on the home side to pick three points and end their poor run of form. However, Jamshedpur would certainly make it difficult for them. 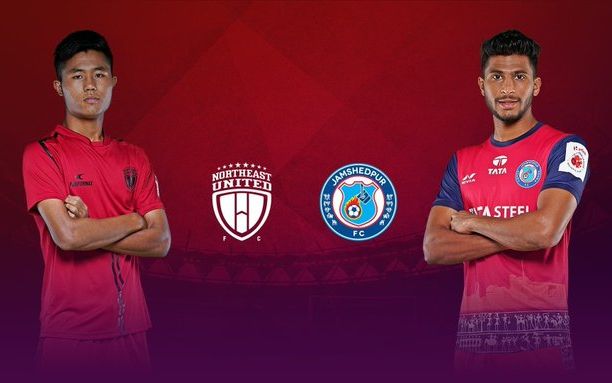 Guwahati: NorthEast United are still searching for the elusive third win of the Indian Super League 2019-20 season as they host Jamshedpur FC at the Indira Gandhi Athletic Stadium, Guwahati, here on Monday.

The Highlanders last won a game on November 6, 2019 against Hyderabad FC and since then they have four draws and six defeats to show for. Their last goal scored from open play was incidentally against Jamshedpur FC when Panagiotis Triadis scored a late equaliser.

Coach Robert Jarni was disappointed with his team's passing in the final third as their players seem to be all at sea as soon as they reach the opposition's box. Simon Lundevall is yet to adapt to the Indian conditions since his move from Sweden, while Andy Keogh has hardly had any service. Federico Gallego isn't the same player from last season, while Martin Chaves hasn't scored a goal in 1107 minutes this season.

"I really don't know what to say because some of the foreign players who left us, they really played well. It is not easy for our new foreign players to adapt in new conditions. You have to know your teammates, you need months to adapt with the club," said Jarni.

Jamshedpur FC have issues of their own. They started the season in some style with back-to-back wins at home, but thereafter, it has gone awry. The injury to Piti and Sergio Castel didn't help as they struggled to score goals in their absence.

Add to that their only recognized centre-back in Tiri suffered an injury in the business end of the season didn't help either. They come into the game on the back of a disappointing 1-2 defeat in Mumbai where they took the lead only to capitulate in the second half.

Coach Antonio Iriondo needs to ensure that his players give their all and end their campaign on a high. One of the positives for them has been the number of minutes the young players, namely Narender Gahlot, Jitender Singh, Sandip Mandi, Amarjit Singh and Aniket Jadhav, have earned which would only help them in the following season.

"Obviously they are very young players, their first experience in the ISL so it is normal that they make some mistakes. Probably it has not been the best for the team in a competitive way, but the development of these players is going to be something great for the team in future. Next year surely they will be very important for the team," said Iriondo.

The onus is on the home side to pick three points and end their poor run of form. However, Jamshedpur would certainly make it difficult for them.