Sabitzer's goals helped give Leipzig a 4-0 win on aggregate and deepened the gloom over Mourinho's Tottenham, which hasn't won a game in nearly a month. 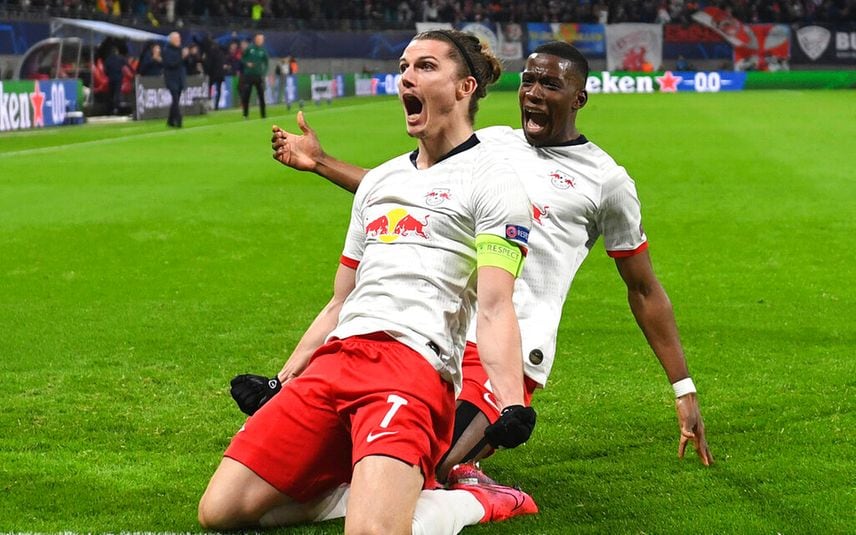 Leipzig (Germany): After watching Tottenham go meekly out of the Champions League with a 3-0 loss to Leipzig on Tuesday, Jose Mourinho said his injury-ravaged squad was "not even a team" any more.

Tottenham certainly looked nothing like the side that reached last season's final under Mauricio Pochettino, as Marcel Sabitzer scored twice in the first half to send the Champions League's youngest coach and club into the quarterfinals.

Sabitzer's goals helped give Leipzig a 4-0 win on aggregate and deepened the gloom over Mourinho's Tottenham, which hasn't won a game in nearly a month.

"We are really in trouble. We are not even a team, we are a group of players that are available to play, and we try to build a team," Mourinho said in televised comments, bemoaning Tottenham's run of injuries to key players. "We have no attacking players, we don't hurt opponents. That's as simple as that. So opponents, they feel very comfortable to have a go at us, because they know that we cannot hurt them."

Tottenham came back from a 3-0 aggregate deficit against Ajax to reach last year's final, but a comeback never looked likely in Leipzig.

Instead of the Lucas Moura hat trick which turned the Ajax game, Tottenham produced a limp second-half showing against Leipzig and eventually conceded again.

Tottenham is without a win in its last six games in all competitions. All that's left for Mourinho's team this season is the Premier League, where it's eighth, seven points off the Champions League places.

Just 11 years after it was founded by drinks giant Red Bull, Leipzig is in the last eight of the Champions League. At 32, Julian Nagelsmann is the youngest coach to reach that stage.

With Harry Kane, Son Heung-min and most recently Steven Bergwijn all injured, Tottenham seemed drained of energy and devoid of ideas.

"All the players that were on Leipzig's bench, in my team they would play," Mourinho said.

Leipzig took just 10 minutes to double its advantage from the first leg. Timo Werner had one shot blocked on a quick team move, but picked up the loose ball and cut it back to Sabitzer, who scored with a powerful low drive from just outside the penalty area.

For the second goal, Tottenham right-back Serge Aurier misjudged his attempt to head away a long pass and allowed Angelino plenty of time to cross for Sabitzer to head in at the near post.

"It was a lot of fun and it's an evening for the history books," said Sabitzer, who became the first Austrian to score two goals in a single Champions League knockout game. "Tonight I'll be sleeping really badly with all those thoughts going through my head."

Leipzig's U.S. international Tyler Adams made his Champions League debut as a 56th-minute substitute when defender Nordi Mukiele was taken off for treatment after being struck in the face by the ball. The 21-year-old missed the group stage with an injury and had not played since Feb. 9 due to a strained left calf.

Dele Alli had the best of Tottenham's few chances in the second half, but could only knock the ball into goalkeeper Peter Gulacsi's arms as he was tackled by Leipzig's Marcel Halstenberg.

Leipzig finished the job when Emil Forsberg scored a third goal in a scramble for a loose ball in the 87th, less than half a minute after coming on as a substitute.

The game was played with a full stadium despite growing concerns in Germany over the global virus outbreak.

Tuesday's other Champions League game, Atalanta's 4-3 win over Valencia to advance 8-4 on aggregate, was played in an empty stadium. Most of this weekend's German league games will take place in similar conditions.