Cristiano Ronaldo is planning to return back to Juventus after an underwhelming season with Premier League club. 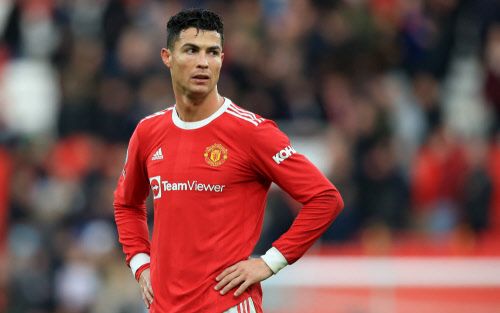 London: Manchester United star footballer Cristiano Ronaldo is planning to return back to Juventus after an underwhelming season with Primier League club.

According to reports, Ronaldo's manager Jorge Mendis has already made a move and offered the 37-year-old striker's service to Juventus.

An AS.com report suggests that Ronaldo's manager has offered the footballer to the Italian giants. It has been learned that Juventus have not totally ruled out having star footballer in their side, although there is some doubt over whether they would be able to complete a deal.

United have not won the Premier League title since 2013 and last won a trophy in 2017. They finished last season in sixth place, having sacked Ole Gunnar Solskjaer and replaced him with interim boss Ralf Rangnick.

The new manager of the club, Erik ten Hag has been tasked with a tricky rebuilding job in his first summer at Old Trafford and will need to get to work on replacing some of the star names who will leave when their contracts expire on June 30.

Ronaldo is reportedly 'worried' about United's current approach in the transfer window, according to a report from AS.com.

Along with Ronaldo, Pogba, who was bought by the club for a record �89 million ($112 million), could return to his former club Juventus.

Manchester United have already released some star players like Edinson Cavani, Lee Grant, Jesse Lingard, Juan Mata, Nemanja Matic and Paul Pogba when their contracts expires at the end of this month.

The 37-year old found the back of the net 24 times in what was a forgetful season for Manchester United, as they failed to qualify for the Champions League, a result that leaves Ronaldo's future at the Old Trafford under doubts.

I don't have respect for him: Cristiano Ronaldo on Manchester United boss Erik ten Hag