With the win, City have moved within five points of securing a Champions League berth, while reducing the gap to leaders Liverpool to 20 points. 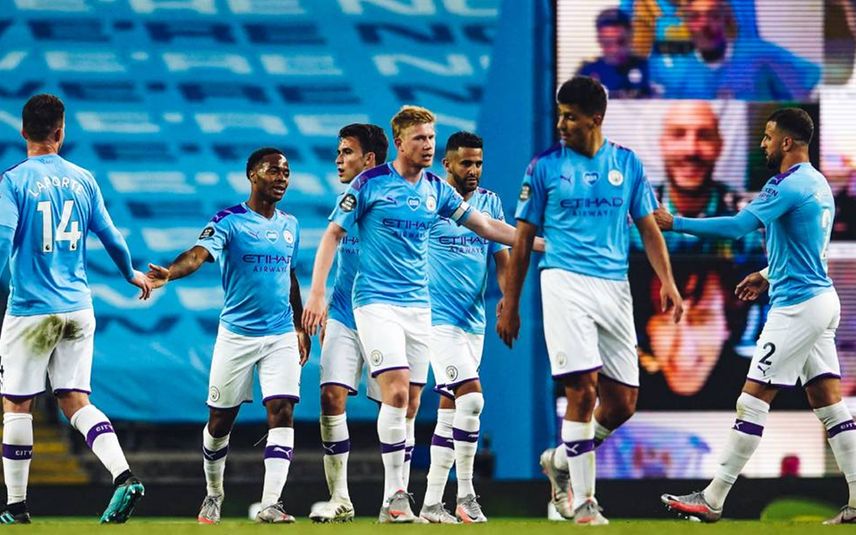 Manchester: In a humble gesture, newly crowned Premier League champions Liverpool were given a guard of honour by Manchester City players before the start of Thursday night's game played at the Etihad Stadium. However, City showed no respite in their performance and were absolutely ruthless as they thrashed Liverpool 4-0.

Kevin De Bruyne put City on the way with a penalty, before Raheem Sterling and Phil Foden added two more to give the hosts a three-goal advantage at half-time

After a sustained spell of pressure from the Reds after the break, Alex Oxlade-Chamberlain inadvertently touched a goal-bound Sterling shot into his own net in an attempt to clear in the 66th minute of the game.

Jurgen Klopp rued Liverpool's failure to take the chances they fashioned against City.

"What I wanted to see tonight was a team who is ready to fight against Man City, who obviously had, I'm not sure if it's the right saying, a point to prove or whatever," Liverpool's official wesbite quoted Klopp as saying at the post-match press conference.

"They had easy motivation for Pep (Guardiola), let me say it like this and then the decisive moments, City used and we didn't and that doesn't help. So we had probably more chances than we had in games which we won, but we didn't use them, or none of them, so City were there.

"Usually we don't give them that many counter-attacks - with two goals they had a throw-in which is a strength of us usually, but tonight it wasn't and that's how it was then and they have this result," he added.

With the win, City have moved within five points of securing a Champions League berth, while reducing the gap to leaders Liverpool to 20 points.